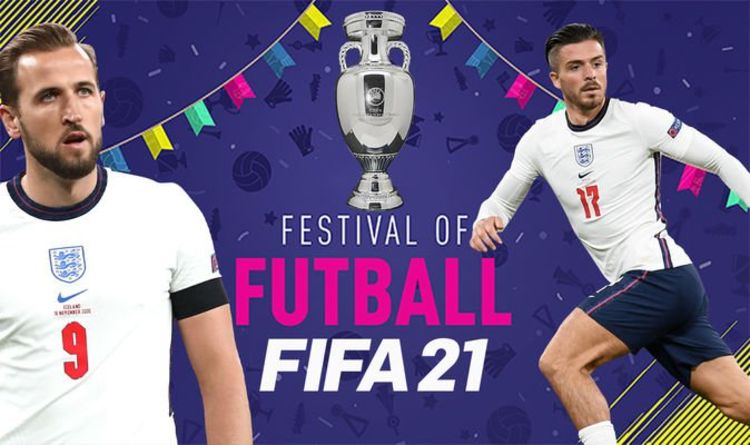 EA Sports is celebrating the UEFA Euro 2020 Championship in style, as Festival of Football (Futball) comes to FIFA 21.

The FIFA 21 Festival of Football is expected to kick off at 6pm BST UK time on June 11.

That’s on top of special Team of the Match Day squads (TOTMD), which will be filled with the stars of the day.

While EA Sports is yet to detail this year’s event in full, fans can expect similar bonuses and rewards throughout the latest international tournament.

It’s likely to be capped off with a Team of the Tournament squad, full of the competition’s best players.

EA Sports announced plans to hold a new Festival of Football event by releasing a special countdown version of the FIFA 21 loading screen.

The countdown ends at 6pm BST UK time on June 11, so check back later for a full lowdown of the new event.

For a better clue about what to expect, Express Online has pulled some quotes from the previous Festial of Football, which launched alongside the 2018 World Cup.

“With the biggest football tournament on earth coming up this summer, we’ll be celebrating the FIFA World Cup in FIFA 18 Ultimate Team with a month-long event that provides numerous ways to upgrade your FUT squad.

“From new squads of special FUT items to a variety of themed SBCs and Objectives, catch FIFA World Cup fever in Ultimate Team right alongside the massive tournament.”

According to the previous Festival of Football, squads will be available after each specific round of the competition.

“In the coming weeks squads of special FUT items will be released throughout the Festival of FUTball based on the best-performing players during different stages of the FIFA World Cup.

“Players are selected solely based on how they performed during a specific stage or stages of the tournament.”

Fans can also expect Path to Glory player items, which are upgraded when players are included in tournament squads.

SBCs, meanwhile, should tie in to the daily matches and events. Because of this, the Squad Building Challenges will only be available for a limited time.

“Play along with the real-world tournament and complete the relevant SBCs to give your FUT squad a boost. Certain SBCs will only be available for a limited time, so be sure to log in to FUT often so you don’t miss the chance to improve your squad.”

Finally, EA Sports is likely to bring back past international players that don’t feature in the current tournament.

EA Sports will confirm the exact plans at 6pm later today, so check back soon for more information.

Zelda Breath of the Wild 2: Boost for fans hoping for E3 2021 update

Register to watch a livestream recording of the Equity podcast!