The Moneyist: ‘I cut his hair because he won’t pay for a haircut’: I’m 76. My multimillionaire husband is 90. I’ve looked after him for 41 years, but he won’t help my son 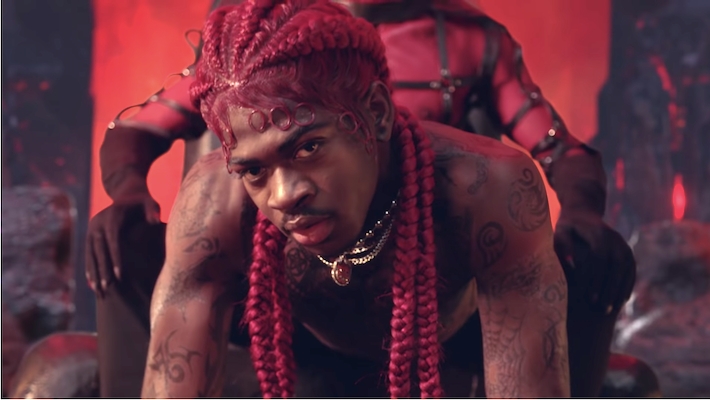 Among the many controversies that surround Lil Nas X’s new song and video “Montero (Call Me By Your Name),” one of involves accusations of plagiarism. Some people noticed large similarities between his video and FKA Twigs’ 2019 video for “Cellophane.” Lil Nas admitted to TIME that he took inspiration from FKA Twigs’ video for his own. “I wanted to see some things people have done in music videos with the pole—and I felt like twigs did a really amazing job at that,” he said. “I wanted to do my own take on it.”

Despite it all, Lil Nas and FKA Twigs are on good terms, as the latter revealed in an Instagram post that they cleared the air about their respective videos. “Thank you @lilnasx for our gentle honest conversations and for acknowledging the inspiration cellophane gave you and your creative team in creating your iconic video!” she said. “I think what you have done is amazing and i fully support your expression and bravery in pushing culture forward for the queer community. legend status.”

She also took a moment to address sex workers, Andrew Thomas Huang, who previously spoke about the similarities in the music videos, and Kelly Yvonne as they all played a role in creating her video.

“I want to thank @andrewthomashuang and @kelyvon for helping me create cellophane but also and most importantly i would like to thank sex workers and strippers for providing the physical language to make both videos possible,” FKA Twigs said. She then shared some news with her followers. “i have been working with @swarmhive to help support this community and i know all donations to the swarm hardship fund will be welcome during this difficult time.” SWARM (Sex Worker Advocacy and Resistance Movement) is a grassroots sex-worker-led collective “fighting criminalisation, supporting sex workers & engaging in solidarity across issues of justice,” as it reads in their Instagram bio.

The Moneyist: ‘I cut his hair because he won’t pay for a haircut’: I’m 76. My multimillionaire husband is 90. I’ve looked after him for 41 years, but he won’t help my son

Dear Quentin, My husband and I are both on our second marriage, and we have been married for 41 years. He has 3 sons from his previous marriage, and I have a son and a daughter. He inherited the property where we built our house 40 years ago. He set up a Charitable Remainder Trust […]

Vince Staples‘ worldview has been pretty cleared laid out over the course of his short but critically-hailed catalog. But in the midst of a global pandemic, it appears that his worldview is evolving, as he details for comedian and TV show host Desus Nice in a new interview in GQ. The Long Beach rapper reveals […]

No Limit rapper Mac will be home from prison much sooner than expected. This is because Louisiana Governor John Bel Edwards granted him clemency after the rapper spent 21 years in prison for a 2001 manslaughter conviction. Unfortunately, the clemency does not spark an immediate release, though, as Mac will have to wait until his […]

Over the weekend, Fox News anchor Pete Hegseth speculated that Nike might have grounds to sue Lil Nas X collaborator MSCHF over its “Satan shoes” — customized Nike Air Max 97s supposedly featuring a drop of blood mixed with red ink in each of the 666 pair’s Air Max units — made to promote Nas’ […]