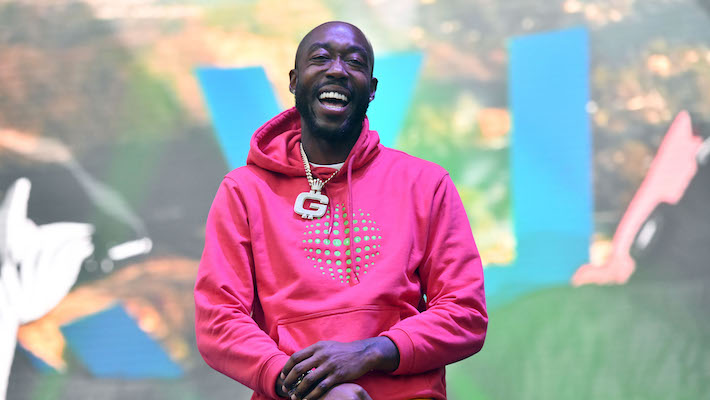 While Freddie Gibbs fans had a minor collective meltdown over his album Alfredo being “robbed” at the 63rd Annual Grammy Awards, the Gary, Indiana rapper’s response was much more affable. Gibbs, who was tabbed by fans as a shoo-in for a Best Rap Album award win thanks to his razor-sharp flows and blunt, darkly humorous observations about his misadventures in the drug game on it, was beaten out by Nas, who won the award for his Hit-Boy-produced 2020 album King’s Disease.

Fred didn’t seem too broken up about it, though. In a video posted to social media by a fan at his private Grammy viewing party, Gibbs shrugged off the loss with his typical irreverent outlook and a cheeky comment, delivered in a flashy, salmon-colored suit. “Look, I might have lost today,” he admitted, addressing the crowd. “But I’m undefeated in court!”

He’s referring, of course, to a handful of criminal cases that broke his way, as detailed recently by an in-depth profile on The Ringer by Jeff Weiss. In one case, a judge misreading the amount in case of possession of weed led to the case being dismissed. In the most recent example, Fred was arrested in France after being accused of sexual assault in Vienna, Austria. However, once the details of the case were heard in court, a panel of Austrian judges declared him not guilty, with video evidence confirming that Gibbs was alone in his room at the time the assault was alleged.

Check out Gibbs;’ tongue-in-cheek response to his Grammy loss above.

Dear Quentin, I don’t know where to start. So I will start at the beginning. I met a man at a friend’s wedding a few years ago. He was charming in that British-man-in-America sort of way (Hugh Grant has a lot to answer for), he told jokes (perhaps too many jokes, in retrospect) and made […]

Roddy Ricch has been fairly quiet since dropping his debut album, Please Excuse Me For Being Antisocial, at the end of 2019. Luckily for the Compton native, the music from the project did all the talking for him as it became one of the most popular albums of 2020 thanks to efforts in particular like […]

Lizzo delivered a delightfully fun story last week when she shared that after a few drinks, she found herself in an impaired state and decided to send a message to actor Chris Evans on Instagram. To recap how that went down, Lizzo sent him three emojis: a puff of air, a woman playing handball, and […]

Now that seemingly everyone and their momma has rapped over SpotemGottem’s “Beat Box” beat, you could argue the trend has reached its peak and it’s all downhill from here. However, it looks like Polo G has found a way to mix it up and keep the party going for just a little bit longer. The […]