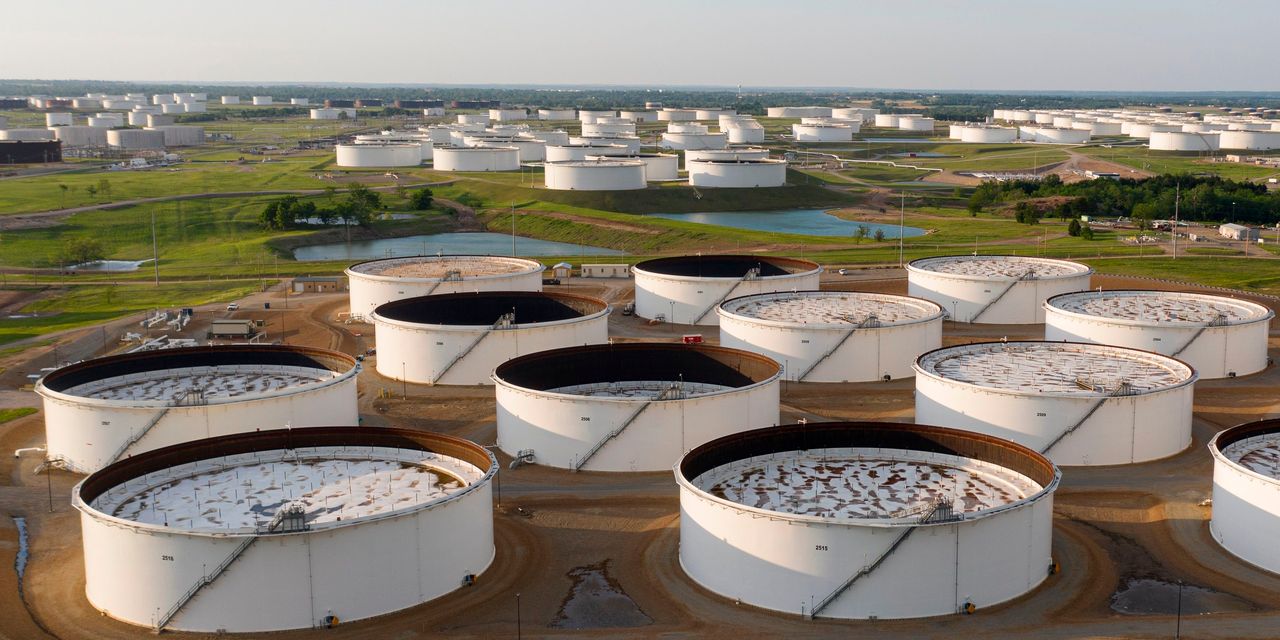 Oil futures finished a choppy trading session in positive territory Wednesday, after seesawing between gains and losses following data that showed a large rise in U.S. crude inventories and a large drop in stocks of petroleum products.

Novak warned of the possibility of lost market share in a televised meeting with Prime Minister Vladimir Putin, news reports said. Novak also said Russia would boost April production by 890,000 barrels a day relative to its output in May 2020.

Oil initially gave up gains as Novak “reminded energy traders that Russia is focused on market share and doesn’t need oil prices to be much higher,” said Edward Moya, senior market analyst at Oanda, in a note.

Meanwhile, the Energy Information Administration reported Wednesday that U.S. crude inventories rose by 13.8 million barrels for the week ended March 5. That followed a hefty 21.6 million-barrel climb the week before as domestic refinery activity continues to recover from mid-February winter storms in Texas.

“Last week’s record build has been followed by another chunky jump higher by U.S. crude inventories, as production has rebounded back to pre-storm levels while refinery runs struggle to recover,” said Matt Smith, director of commodity research at ClipperData.

“Once again we have seen significant dents to product inventories — and particularly to gasoline — offsetting the bearish influence of the crude build,” he said in emailed commentary.

The EIA data also showed crude stocks at the Cushing, Okla., storage hub climbed by 500,000 barrels for the week, while total domestic production rose 900,000 barrels to 10.9 million barrels per day.

Also Wednesday, Reuters reported that Saudi Arabia has yet to meet its pledge to cut its own production by one million barrels a day in February and March. Oil flows from the kingdom as monitored by two companies that track oil flows, Petro-Logistics and Kpler, suggest a smaller decline in February, the news report said.

A stable funding rate paired with a record-high $20.3 billion open interest on BTC futures suggest that the current rally has room to extend higher.

: Is Uber disclosing enough information about its lobbying? 30% of shareholders want more

A shareholder resolution asking Uber Technologies Inc. to be more transparent about its lobbying spending failed this week, but the investors who proposed it are vowing to keep pressure on the ride-hailing and delivery company. Thirty percent of shareholders voted for the proposal calling for Uber UBER, +0.92% to produce a report on its lobbying, […]

Still in the teeth of a deadly pandemic, the NBA’s San Antonio Spurs started the season on Dec. 23 with no protective bubble and vaccine availability still weeks away. Some 250 people assigned to work 36 home games needed assurance it was safe to work in the team’s one-million-square-foot AT&T Center. “The staff was eager […]

Grocery Outlet Holding Corp.’s business model presents a number of challenges, including hurdles to diving into the soaring online grocery business, according to Quo Vadis Capital. Shares of Grocery Outlet slumped 18.5% in Wednesday trading after the discount grocer reported sales that missed expectations and said comparable-store sales for the second quarter so far are […]