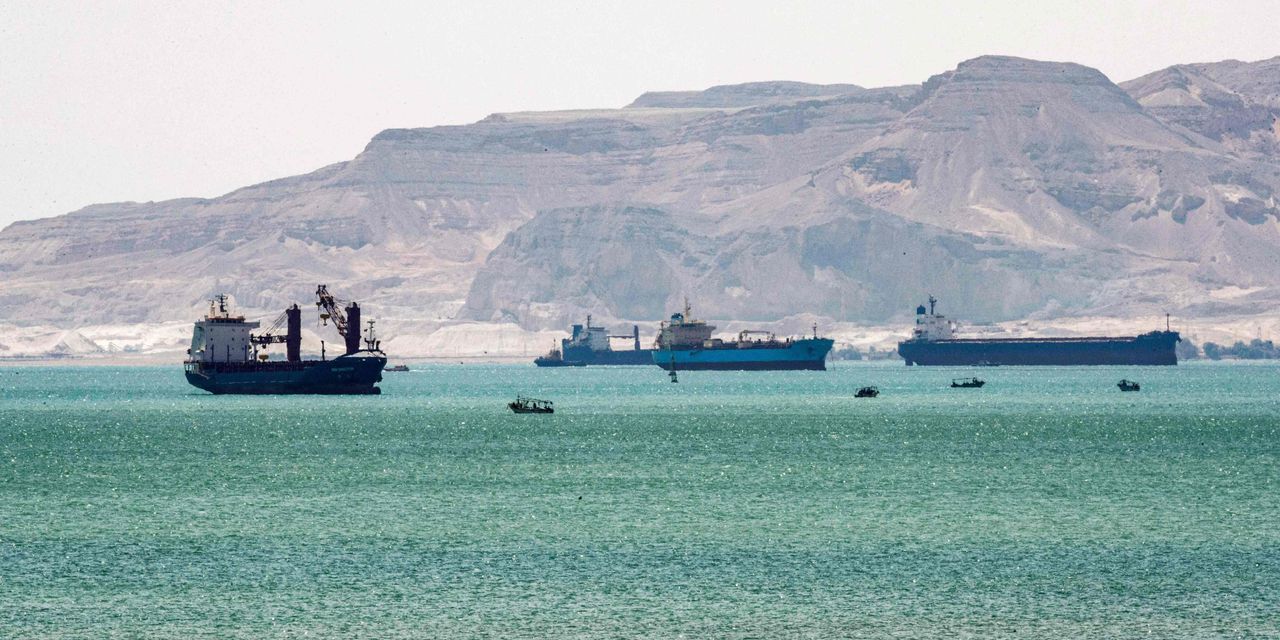 Oil futures lost ground Tuesday, feeling pressure as ships resumed moving through the Suez Canal and traders turned their attention to a meeting of the Organization of the Petroleum Exporting Countries and its allies.

Saudi Arabia is likely to urge OPEC and its allies, a group known as OPEC+, to extend existing production curbs through May at Thursday’s meeting, according to a report by Reuters.

Crude is on track for monthly declines, with WTI down 1.8% in the month to date and Brent off 0.8%, though both remain up more than 20% so far this year.

“Prior to the weakness in the market, expectations were that the group would start easing cuts more aggressively from May. However, the wobble we have seen in prices means that OPEC+ will likely need to take a cautious approach once again,” said Warren Patterson, head of commodities strategy at ING, in a note.

“The market is now more split around what the group will decide. We are of the view that the group will likely hold output levels unchanged, with OPEC+ wanting to avoid another selloff. However, if we do see any easing in cuts, it is likely to be very modest,” he said.

Meanwhile, shipping has resumed through the Suez Canal after the container ship Ever Given was successfully refloated Monday. The ship ran aground last week, halting traffic through the chokepoint, which accounts for around 10% of global seaborne oil trade.

On the heels of the last stimulus package, U.S. President Joe Biden is creating more legislation that may lead to a massive $3 trillion package dedicated to domestic needs and infrastructure. The recent discussions with Biden and Senate Democrats honed in on the political party’s “Build Back Better” campaign. The recent stimulus talks have a […]

Novavax NVAX, -3.69%, the U.S. pharmaceutical giant, has started trials of its COVID-19 vaccine in India with partner Serum Institute of India (SII). The pair has jointly developed Covovax, which has been tested against the South African and U.K. variants, and has an overall efficacy of 89%, according to a tweet by Adar Poonawalla, chief […]

Walt Disney Co. said Monday that “The Falcon and The Winter Soldier” was the most-watched series premiere yet for its Disney+ streaming service. Disney DIS, +0.90% did not, however, give any viewer numbers, making the claim somewhat less meaningful as it lacks context. Disney+ is hardly alone in that aspect — most streaming services regularly […]

The Moneyist: My parents claimed me on their 2019 taxes and received my 3rd stimulus check, but I don’t qualify based on my taxes. Will the IRS ask for it back?

Dear Quentin, I’m confused. My parents claimed me on their 2019 taxes (which was fine and agreed upon). However, I got married and filed my own 2020 taxes. When the third stimulus checks were released, my parents had not filed their 2020 taxes yet, so they received stimulus money for me as their dependent (which […]