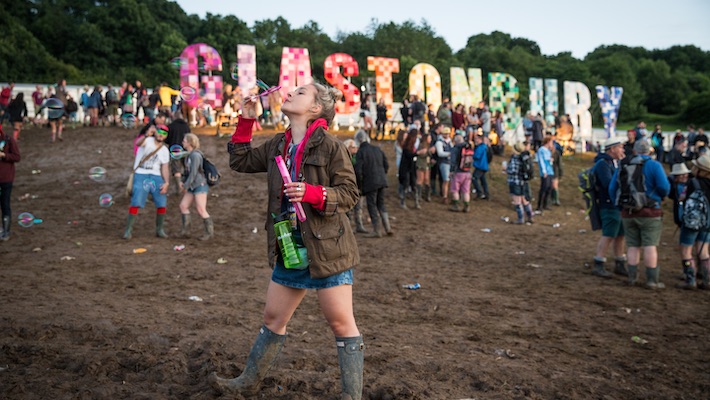 It was announced at the top of 2021 that Glastonbury will not be hosting a festival this year (for the second year in a row) due to the pandemic. So, while thousands of people won’t be taking to the festival grounds this summer, they can enjoy a newly announced livestream concert that organizers are hosting.

“Live At Worthy Farm” is a ticketed livestream event that is set for May 22. As the name suggests, the show will take place at Worthy Farm and will feature Coldplay, Gorillaz’s Damon Albarn, Haim, Idles, Wolf Alice, Jorja Smith, Kano, Michael Kiwanuka, DJ Honey Dijon, and other currently unannounced performers.

This news shouldn’t surprise fans who have been following Glastonbury’s goings-on in recent months. In January, festival founder Michael Eavis said he wanted to do something to mark the festival’s anniversary: I would like to do something smaller somewhere around the anniversary date of when we started, which was the 18th of September 1970. I would like to consider possibly doing something around that time.” In December, Emily Eavis also noted, “We’re actually looking into the possibility of streaming some things from here if we can’t run the full show next year. We really want to get busy with planning some gigs — even if they’re to be streamed!”

PARSIQ, an enterprise blockchain solutions provider has stepped into the DeFi space by announcing its IQ Protocol launch. Currently, on an Ethereum-based testnet, IQ Protocol is a DeFi solution for the SaaS market that tokenizes subscriptions and creates a circular economy, complete with staking, lending, and borrowing features. The launch of IQ Protocol enables PARSIQ […]

Earlier this week, hit TV series The Voice surprised fans by announcing that a big-name star would be joining their roster. Ariana Grande is officially replacing Nick Jonas as a judge for the series’ 21st season this fall. But that’s not the only celebrity they’ve recruited. The Voice announced that Snoop Dogg will also be […]

Despite her battle rap roots, Philly artist Tierra Whack has become better known for her imaginative videos over the past few years, beginning with the colorful Whack World and including clips such as “Dora” and “Unemployed.” As there is perhaps no greater symbol of the limitless power of imagination than Lego, it’s only right that […]

Chika Roasts Perez Hilton For Intentionally Misgendering Her: ‘You Wanted To Defeminize A Black Woman’

Chika is enjoying a fairly good start to her 2021 year. She attended this year’s Grammy Awards in addition to being a nominated act in the Best New Artist category. She’s also a little over a week removed from the release of her Once Upon A Time EP. Despite this, she still faces disrespect from […]