Exploring Venezuela’s crypto ecosystem since the start of the pandemic 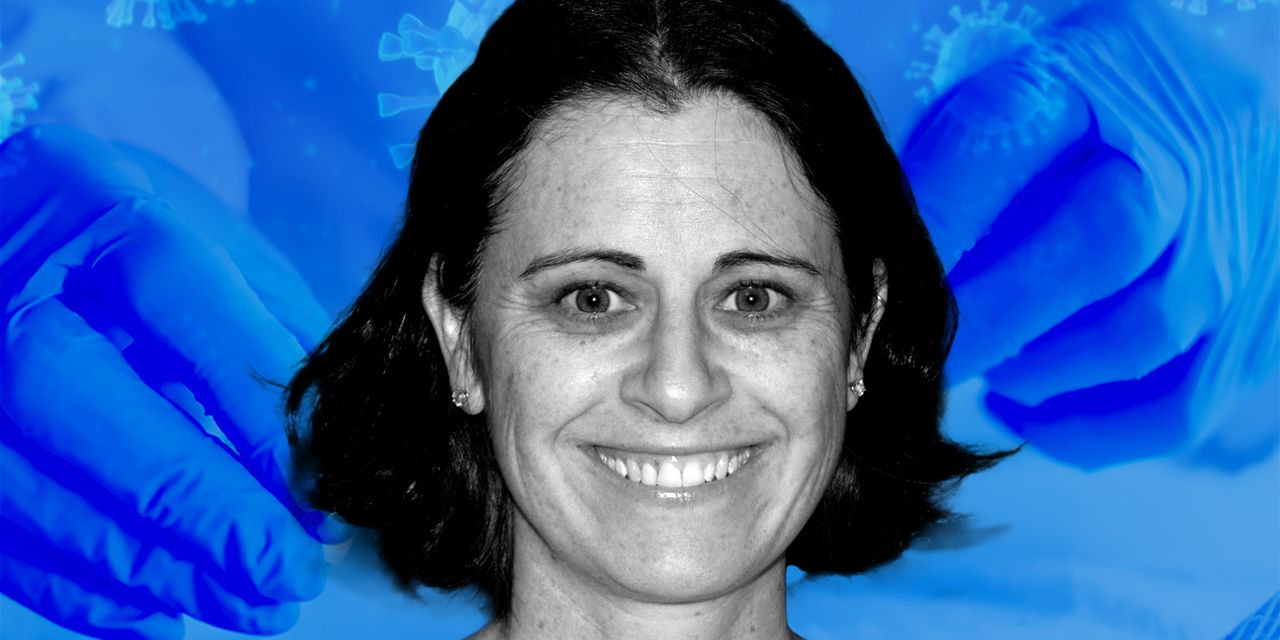 It turns out that children who attend schools with mask requirements are likely just as safe from COVID-19 sitting just 3 feet from each other and not the 6 feet previously recommended by the Centers for Disease and Prevention.

Those findings, which were used by the CDC to update its guidance about schools in mid-March, stem from a study conducted over the fall and winter examining transmission rates in K-12 schools in Massachusetts, where masks are required for most public-school students and all staff.

Putting students closer together in classrooms did not lead to an increase in COVID-19 cases, a group of medical researchers and policy experts concluded in the accepted manuscript published March 10 in the medical journal Clinical Infectious Diseases.

One of the researchers is Dr. Elissa Schechter-Perkins, an emergency-room physician at Boston Medical Center who has done infection control for the ER there during the COVID-19 pandemic.

“Back in spring of 2020, we didn’t know a whole lot about COVID-19,” she said in a March 23 interview with MarketWatch. “And based on what we have seen in influenza pandemics, it was thought that closing schools would be essential and effective in preventing the spread of COVID-19.”

But now, as the pandemic has stretched into its second year and the science is still evolving, it looks like the 6-foot rule, which was particularly onerous for classrooms, may not be necessary.

MarketWatch: Has much of the research around distancing in schools so far been anecdotal?

Dr. Elissa Schechter-Perkins: I would say it went beyond anecdotal evidence. There have been multiple studies that are primarily epidemiologic in nature, from around the world and around the U.S., in which students went back at closer distances. [Editor’s note: The World Health Organization recommends 1 meter — about 3 feet — in schools.] There haven’t been large amounts of in-school transmission, and there haven’t been increased cases in school settings compared to the surrounding communities. So there has been a slowly emerging body of literature, saying that our schools are safe, even with fewer than 6 feet of distance between the students.

MarketWatch: How do you think mitigation factors like masking, plexiglass dividers, or open windows affect transmission in schools?

Schechter-Perkins: It’s a really important point. Our study really was not able to tease out which of the mitigation measures other than distancing was not important. I think it’s important to understand that every school in the districts in Massachusetts that were part of our study had a 100% masking mandate for all staff and all students in Grade 2 and above, and the majority of districts had either a masking requirement or masking was strongly encouraged in the younger students as well. [Editor’s note: The Massachusetts Department of Elementary and Secondary Education requires noses and mouths to be covered at all times, except during designated breaks, for staff and students in second grade or older. Kindergartners and first graders were encouraged to wear masks or shields, but it’s not required.]

MarketWatch: Now that we have the new CDC guidance for schools, are you planning any follow-up studies?

Schechter-Perkins: It’s going be really important to continue to follow the data, and it’s something that the country has really struggled with over the last year. As new studies come out and new evidence comes out, the guidelines should change, and that’s been a real struggle for the United States population at large to come to terms with. We’re not used to things changing so rapidly, but I would say as schools do open for more in-person learning it is really essential that we continue to see what happens, especially as we know that the new variants are circulating but also vaccination is increasing.

MarketWatch: Do you think it’s a possibility that one day we would see that spacing requirement shrink even further?

Schechter-Perkins: I absolutely would be open to that. I’m very optimistic about where we are right now. We are doing an excellent job vaccinating greater and greater numbers of the population, and I am really hopeful that we can decrease the transmission of COVID-19 in our country to the point that it becomes, instead of widespread, it becomes episodic in our communities. [Editor’s note: About 16% of the U.S. population has been fully vaccinated, as of March 31, according to the CDC.] At that point, we can use other public health measures, such as rapid diagnostic testing, rapid contact tracing, rapid surveillance testing and quarantines — and really tamp down the transmission of COVID-19.

When we start to get to that point, I do think we’ll be able to open up a lot of things with less distancing requirements, and life will look much more like normal. We’re not there yet, but I do you think that that is in the future.

The other opportunity to keep in mind is what was mentioned in the CDC guidelines, where they talk about cohorting. This has worked really well in other countries, particularly in Europe, where they have groups of students that don’t require any distancing between them. So if there’s an outbreak, that particular cohort or bubble is at greater risk, but [the virus] is not anticipated to spread outside of that cohort. That’s another model that can be looked at, as a way to get more students back in the classroom and try to get life more back to normal. Our study did not evaluate that at all. That is more of an international phenomenon.

MarketWatch: Strictly from a vaccination point, how long do you see distancing being necessary in schools?

Schechter-Perkins: It’s a tough question to answer. Our study was conducted during a time where virtually nobody was vaccinated. [Editor’s note: It was conducted between Sept. 24 and Jan. 27.] What our study and others have shown is that vaccination is not essential to getting back into school safely, as long as the mitigation measures are in place. In order to really start relaxing some of the other mitigation measures, you really have to have a large portion of not just the teachers but the entire community vaccinated. We’ll get there, but I think it’s still a long way away.

MarketWatch: One of my co-workers has talked about how there’s a cycle of an exposure, kids get tested or stay home, and then they resume school in person. Would cohorting be one way to offset that type of cycle?

Schechter-Perkins: It would. The cycle that we have is really dependent on where in the country you are. Certain places are very aggressively quarantining. I don’t know if this has changed in New York, but I know it at one point all it took was two cases in a school building, and the entire school would shut down for quarantine. [Editor’s note: New York Mayor Bill de Blasio is reportedly re-evaluating that policy, as of March 14, according to Gothamist.] That is incredibly conservative and a really damaging policy that’s not necessary. More schools across the country are going to more of a modified quarantine, in which, as long as students are only exposed in school with masks on, they’re not being made to quarantine. There are many places that have recently gone to that sort of model, and reportedly there hasn’t been a lot of in-school transmission, even with that modified limited quarantine. So I’m eagerly awaiting publication of that data.

Right now, if people are within 6 feet of each other for a cumulative 15 minutes, according to the CDC guidelines, they should still be quarantining. But, hopefully, that’s not entire classrooms at a time. There’s a lot of variation in how people are interpreting exposure in the school setting. I do worry that the constant exposure–shut down–quarantine the whole class for 10 days–then resume [cycle] may very well be too conservative and too disruptive, and it may also not prevent more cases. If it’s not preventing the cases, then I don’t think we want to pursue that strategy. But I think we still need more data.

MarketWatch: Do you think that’s a leftover reaction from last spring?

Schechter-Perkins: It’s been really hard to change. Way back when we set out these guidelines, they were based on the best evidence at the time. It’s really important for guidelines to change as the evidence evolves. We need to keep doing the studies, providing the science, so that the guidelines can then catch up to what the evidence actually shows.

MarketWatch: At what age are children in a K-12 school at higher risk for contracting the virus?

Schechter-Perkins: It seems like about 12 years old, maybe about puberty, is about when things start to change, when younger kids who seem more protected and less likely to transmit start to behave more and more like adults, as far as their infection risk and their transmission risk.

That said, in our study, and plenty of others, even high schools are still safe for students and for staff with those mitigation measures in place. So even though you have older students who may behave more like adults as far as the virus goes, they can still be safe in school settings.

And they are at particular risk for some of the harms of not being in school. We see harms to their mental health, with anxiety, depression, isolation, suicide, as well as tremendous learning loss. So that risk-benefit analysis really needs to take place as far as keeping schools closed. We’ve seen that, in a regulated school environment, they can still be safe in school, and their teachers and their educators can also be safe in schools with them.

Schechter-Perkins later noted in email that “even though they may have a higher risk of getting ill or transmitting the virus compared to younger students, I still think they can belong in school, since the risk in school is not higher than it is outside of school.”

This Q&A has been edited for clarity and length.

Read more A Word from the Experts interviews:

• It’s a ‘question of time’ before another virus jumps from animal to human, says co-inventor of flu treatment Tamiflu. Preventative therapies are needed.

• Dr. James Hildreth: Here’s how to instill vaccine confidence among people of color

Exploring Venezuela’s crypto ecosystem since the start of the pandemic

Here are the events that marked the past year in the Venezuelan crypto space and the opinions of those who experienced them from the inside.

U.S. stock-index futures pointed to a mixed start for equities Wednesday, as investors awaited a speech from President Joe Biden outlining a multitrillion dollar infrastructure spending plan that’s expected to include higher taxes on corporations. What are major indexes doing? Futures on the Dow Jones Industrial Average YM00, +0.00% fell 23 points, or 0.1%, to […]

Americans buy a lot of pickup trucks to serve a lot of different needs. Hyundai HYMTF, -0.87% believes that some of those needs could be met by something radically different than any other truck on the market. The Korean automaker’s first truck, the 2022 Hyundai Santa Cruz, poses a new answer to almost every problem trucks […]