CZ responds to reports of Binance investigation: story has no "teeth"

The Fed: Fed to stay dovish next week as Powell channels his inner Gary Cooper calm 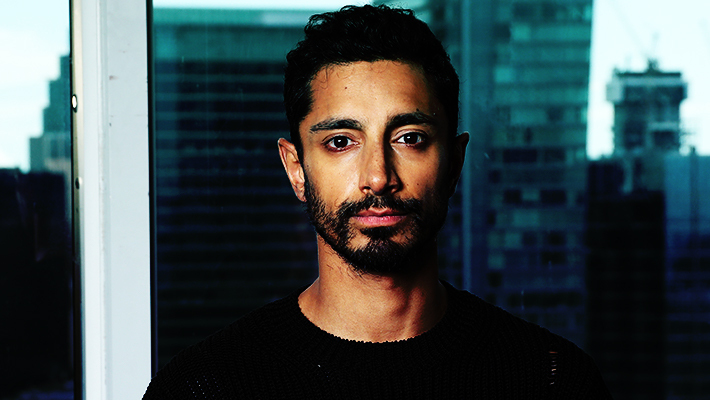 Riz Ahmed doesn’t seem like the kind of person who would like the shape of a square.

Those four lines that box in and neatly categorize everything from talent to personality to potential in ways that not only feel uninspired but dangerously limiting often pop up, in the real world and in the fantasy Hollywood peddles on-screen. They task artists (and, in many ways, audiences) with filtering their selves through an unyielding prism. The lens of a camera can be in the shape of a square. The boxes on a customs form often are too. Squares separate and contain, but they also segregate and cheapen our individuality and unique backgrounds.

But, again … Riz Ahmed doesn’t seem like the kind of person who would like the shape of a square.

And the trajectory of his career feels like proof of that. Rather than finding one lane to spend his career coasting through, the multihyphenate has spent the better part of two decades dismantling the barriers that have gridlocked his contemporaries.

A north London kid and the son of Pakistani immigrants, Ahmed never really fit. He spent his youth freestyle battling on the streets of Wembley, fully-embodying what he describes as the “Brit-Asian rudeboy culture” that dominated the UK in the early 90s. But he’d trade in spitting verses on pirate radio for the posh classrooms of private schools — ones he attended with the help of scholarships — and eventually Oxford in his teen years. A childhood spent straddling disparate worlds, learning to “code-switch” and acclimate himself to circles no one else from his block moved within lent itself to a career that refused to conform.

Music was Ahmed’s first outlet. It’s what he turned to when he couldn’t find space to express himself in school.

“I felt like I was unable to relate to many people. We were different on a very basic level,” Ahmed told Skin Deep magazine about his early days at university. “And then I thought – ‘what would I like to see exist here? Why don’t I just make that happen?’”

That led Ahmed to co-found Oxford’s Hit & Run night, an event that celebrated club culture and changed the city’s underground music scene. Ahmed also spent his university run as a member of the 12-person jazz-house and electronica ensemble called Confidential Collective. He gravitated to jungle and hip-hop, injecting satirical comedy into his rhymes that made an impact on fans, even as his lyrics stirred wider controversy. In 2006, Ahmed’s social-commentary rap track entitled “Post 9/11 Blues” was leaked and then quickly banned by British radio stations for its “politically sensitive” language — he jokes about everything from chemical warfare and racial profiling to Osama Bin Laden’s cave making an appearance on MTV’s Cribs on the track. Ahmed quickly created an independent record label to release more music, eventually playing at Glastonbury and the Royal Festival Hall and being named the “Emerging Artist in Residence” at the Southbank Centre in London. He dropped his debut album Microscope under the moniker Riz MC, became one-half of the hip-hop group known as the Swet Shop Boys a few years later, and released a scathing mixtape titled Englistan in 2016 — one that saw Ahmed donning the persona of a fake EDL rapper to confront racism and xenophobia in the UK.

“Englistan, as a mixtape, is about stretching the flag so that it’s big enough for all of us,” Ahmed told Dazed when the record was released. “It’s about identity – from what it means to be English today, to what it’s like growing up living a double life, or feeling like you don’t fit in.”

But it’s that same restless energy and relentless drive to build the world he wishes to see that pushed Ahmed to expand his own borders creatively.

Acting had been just another outlet when Ahmed was young — a suggestion from a school teacher, a way to avoid violent confrontations on the streets of Wembley. He pursued drama at Oxford, and after, but found, like with his music, if he wanted to see representation, he’d have to fuel that himself on-screen and on-stage.

“Depending on how you look at it, not seeing yourself within the culture can be seen as an invitation for you to insert yourself within that landscape because really, there is something not being voiced there,” Ahmed explained. “I think that you’ve got to be prepared to try and at least be part of the engine for change, rather than just kind of riding the bus to where you want to get to.”

So, as Britain’s entertainment industry and drama programs focused on period pieces that had no room for actors who looked like Ahmed, he began directing, producing, and acting in non-traditional projects — plays like “The Colour of Justice” and Stephen Adly Guirgis’ “Jesus Hopped the A Train.” He starred in films like Michael Winterbottom’s award-winning The Road to Guantanamo which tells the story of three British citizens unlawfully detained for years by the U.S. government in Guantanamo Bay. Ahmed and his co-stars were infamously detained at London’s Lufton airport after premiering the project at the Berlin Film Festival where Ahmed was questioned not only about potential ties to terrorism but about how he intended to use his film career to spread certain political ideologies.

That incident wouldn’t be the last time Ahmed was racially profiled thanks, in part, to his burgeoning acting career. In an essay he wrote, Ahmed detailed how he experienced the same demeaning treatment when he came to the U.S. looking for work, where his passport — stamped with Middle Eastern countries thanks to some of his filming schedule — and his skin color subjected him to the kind of interrogation tactics that terrify so many minorities. After landing the role of Bodhi Rook in Star Wars: Rogue One, Ahmed was forced to miss the film’s premiere because he had been detained by Homeland Security while trying to board a flight.

But, instead of internalizing the boxes that kept creeping into the peripheral of his budding career, Ahmed pivoted again by pursuing projects that forced audiences to see Muslims and minorities in a different light. He humanized the struggles of those who are homeless in Dan Gilroy’s thriller Nightcrawler. He forced us to question our own ingrained prejudices by portraying a college-student-turned-accused-murderer in HBO’s The Night Of. He brought the journey of an emotionally-tortured, addiction-plagued deaf musician to life in The Sound of Metal. He made history, becoming the first Muslim and the first South Asian man to win a lead acting Emmy. He’s earned Golden Globe and SAG nominations, taken home VMAs for Hamilton mixtapes and even had a diversity test that aims to draw attention to how Muslims are portrayed in movies and on TV named after him.

But because Riz Ahmed is the kind of artist who hates boxes, he’s not done yet.

Recently, Ahmed launched his own production company, entering into a deal with Amazon Studios to produce content for the streaming platform that will “nurture under-served audiences” and “stretch culture” to include rising talent and inventive new voices within the industry. He’s started funding, writing, and directing projects that speak to his own lived experiences — like his most recent drama Mogul Mowgli — while lifting up other creatives looking for spaces where they too can avoid being labeled, limited, and typecast.

For Riz Ahmed, changing the culture means infiltrating its subsets, carving out corners in the world of music — then acting, then writing, directing, producing, and so forth — to where he can not only innovate, but educate, inspire, and impact the people that look like him … and the people that don’t. After all, if art really has the power to affect change, why not create as much of it, in as many different genres and meaningful ways as you can?

The Fed: Fed to stay dovish next week as Powell channels his inner Gary Cooper calm

In one of the tales of ancient Greece, Odysseus tied himself to the mast of his ship and put wax in the ears of his crew so they can’t hear the bad advice from the Sirens that would have led them to crash into the rocks. So it may be with the Federal Reserve, who […]

Vic Mensa‘s triumphant comeback continued today with the release of his I Tape EP, the follow-up to his August V Tape release. To accompany the new EP, Vic also shared the fiery “Fr33dom” video with TDE singer Zacari. The video finds Vic Mensa once again in conflict with the authorities, as viewed through the framing […]

CJ Plays A Simmering Rendition Of ‘Bop’ For ‘UPROXX Sessions’

In a bit of a curveball for his first Uproxx Sessions performance, buzzing Staten Island rapper CJ foregoes his big hit, “Whoopty,” in favor of playing a simmering rendition of its slick follow-up “Bop.” Sporting a low-key black-on-black ensemble, CJ delivers a pitch-perfect performance with all the restrained energy of the swaggering original recording. CJ, […]

Lil Nas X has just brought his fans one step closer to the release of currently untitled debut album. While it’s unknown how many steps remain until the projects arrives, fans can numb the wait by indulging in Lil Nas’ new song and video for “Montero (Call Me By Your Name).” The track is one […]