IPO Report: Coursera prices IPO at $33 a share, for valuation of $4.3 billion 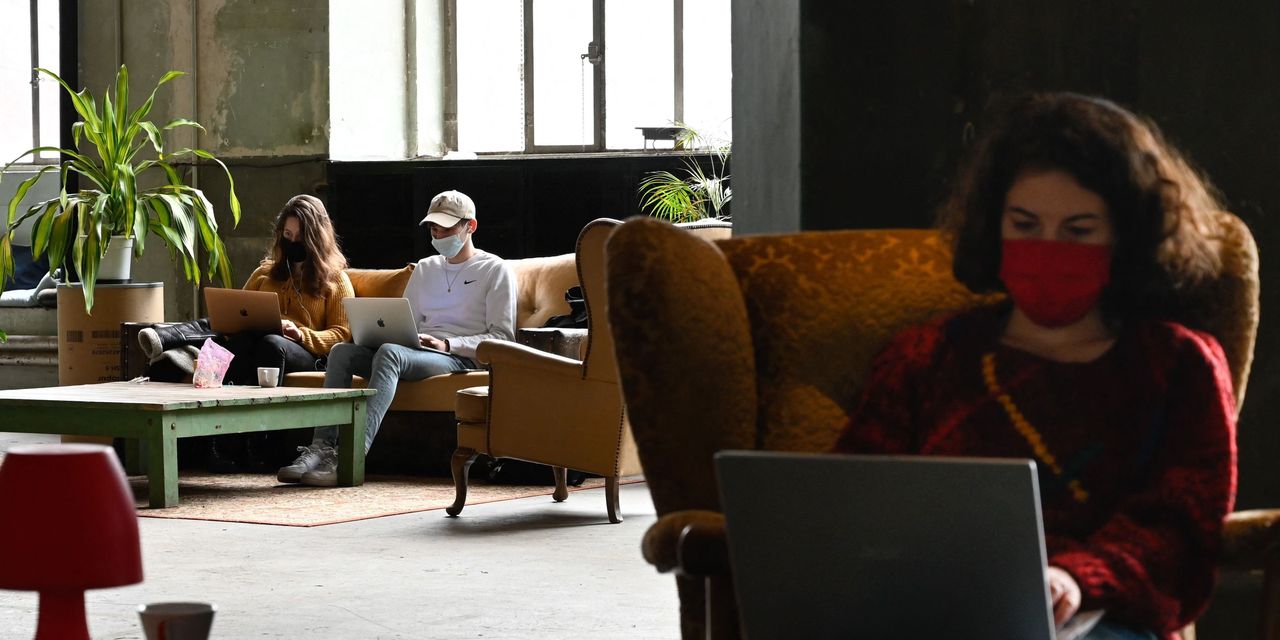 When Coursera, the online education company, launched its first classes roughly nine years ago, it was part of a wave of companies betting on what could be the — or at least a — future of higher education: free online lecture-style classes taught by professors at reputable universities.

At the time, the buzz surrounding these massive open online courses, as they’re known, was at such a din that the New York Times declared 2012 to be “The Year of the MOOC.”

The promise of MOOCs and online courses more broadly to democratize access to higher education has shown cracks in the years since, but that hasn’t stopped Coursera from attracting users and finding ways to convert consumers of free classes into paying users. The COVID-19 pandemic, which sent workers home and introduced more students than ever to online education, only accelerated that growth.

“We all thought over the lifespan of Coursera, going back to 2012 or 2011, the really interesting thing was what could they do with this massive number of learners they were accumulating,” said Howard Lurie, a principal analyst at Eduventures Research, an education research and advisory firm. “And now we’re seeing.”

The Mountain View, California-based company is going public at a time when more students than ever have been exposed to the potential and pitfalls of online education, a trend Coursera has capitalized on, according to its filing with the Securities and Exchange Commission. The company, led by Chief Executive Jeffrey N. Maggioncalda, is seeking to sell more than 15 million shares priced at $33 each, at the top of their target range, raising about $520 million and valuing the company at $4.3 billion. More than $30 million of the funds raised through the IPO will go to selling shareholders, while the rest will go to the company to be used for general corporate purposes.

Underwriters, led by Morgan Stanley MS, and Goldman Sachs GS, , have access to an additional roughly 2.4 million shares in case of overallotments. Shares are expected to trade on the New York Stock Exchange starting Wednesday under the ticker symbol COUR COUR, .

Here are five things to know about Coursera.

Coursera is know for its free courses: Of the company’s roughly 77 million users, just 3.6 million have paid for a course or other offering. But Coursera’s business model allows the company to spend less than competitors to attract those paying users, analysts say.

The company has three main business lines. The first is direct-to-consumer, where interested students can sign up for free courses or pay for offerings, including two-hour long guided project courses for $9.99 and professional certificates that take three to nine months to earn and cost $39 to $99 a month.

The second is an enterprise business, where businesses, governments and other institutions pay Coursera to offer access to courses their employees can use to upskill or re-skill. As of the end of last year, more than 2,000 companies were paying Coursera for these services, including 25% of Fortune 500 companies, the company said.

The third is Coursera’s Degrees program. Through this segment, the company works with universities to offer bachelor’s and master’s degrees. In these arrangements, the colleges admit the students, their faculty teach the courses and the schools confer the degree. But Coursera takes on much of the marketing and technology responsibilities in exchange for a percentage of tuition revenue.

“When you have this unified platform, it allows you to build a very big funnel inexpensively to drive students toward the range of programs that you offer,” said Brett Knoblauch, a vice president for equity research at Berenberg Capital Markets, who covers education technology.

In 2020, about 50% of Coursera’s degree students were previously registered on the site and more than 30% of the company’s enterprise leads came from the consumer platform, according to the company.

In the two years leading up to the end of 2020, the company acquired 12,000 new degree students for a cost of $2,000 per student, according to its S-1. That’s likely less than other online program managers — companies that work with universities to develop degree programs, typically in exchange for a share of tuition revenue — spend to bring new students in, according to Lurie.

The company also has the potential to increasingly benefit from network effects — or the idea that each additional user makes the platform more attractive to other users — as it grows. Each new client creates an opportunity to expand the company’s content library, Knoblauch said, increasing the appeal of the platform for other clients.

“As you grow the number of degrees on your platform, the number of courses, or specializations, it further enhances the value of why an enterprise would want to do this,” he said.

Of course that growth was in large part related to the COVID-19 pandemic, which pushed so many workers home — and some out of a job — to suddenly seek new entertainment and opportunities for upskilling they could do without leaving the house. Coursera said it experienced registrations at a level 15 times higher than average during peak hours in late March of 2020.

Though the pandemic certainly contributed to the conditions to allow for such high user growth, Lurie said Coursera was poised to capitalize on interest in online courses in 2020 in a way that it wouldn’t have been earlier in its existence.

“If this was 2013 or 2014 and the pandemic hit, I don’t think we’d be seeing them file an IPO,” he said. In the past several years, Coursera has been able to differentiate itself from other online education companies by amassing millions of users — and the data around what they’re interested in — and leveraging that information to make recommendations to users about paying courses they might want to take and to partner with universities and employers to offer relevant classes or degree programs.

“They’re not shy about saying you’ve signed up for this course, you’ve completed it, based on that, we’re going to recommend some other things,” Lurie said. “Their numbers wouldn’t have increased if that formula wasn’t working.”

Coursera lost $66.8 million last year, up from a loss of $46.7 million in 2019. The company says it expects its operating expenses will continue to increase for the foreseeable future as it expands course offerings, users and marketing efforts, and engages in other growth activities.

“They may not be profitable for some time,” Lurie said.

Online degrees have become more attractive to universities, but there are still some risks

Public and private nonprofit universities have historically been hesitant to offer online degrees because they’re often associated with for-profit colleges, which are more likely to provide students with a costly education or degree that isn’t worth much in the labor market.

“The reasons why universities have historically lagged or been hesitant to invest in [online education] is because of the potential implications of the brand,” Knoblauch said. “Universities care most about their brand, that’s what they use to attract enrollment.”

Coursera indicated that the scrutiny on for-profit colleges and their online education programs could pose a risk to their business. “Even though we do not market our solutions to these institutions, this negative media attention may nevertheless add to the skepticism about online higher education generally, including our solutions,” the firm said in its S-1.

But public and nonprofit colleges and universities are facing budget challenges that will likely push them toward capturing revenue through online degrees, Knoblauch said. Last year, colleges missed out on funds from housing, dining, parking, athletics, and other areas.

Though working with a company like Coursera to offer online degrees has the potential to bring in more tuition dollars, it’s not without controversy. Critics have worried that the contractual arrangements between OPMs and colleges, where the companies receive a percentage of tuition revenue, inflate costs for students.

Coursera will be a public-benefit corporation

Coursera will be incorporated as a Delaware public-benefit corporation, a legal entity that allows a for-profit company to balance serving the interests of shareholders with serving some kind of public benefit.

The company is also a certified B-Corp, which means the nonprofit organization B-Lab has assessed Coursera’s business practices and determined that its meeting certain standards when it comes to delivering value to its workers, the community and the environment.

There’s growing tension between executives and staff members at YouTube’s headquarters, and at the center of it all is YG’s track “Meet The Flockers.” The song can be found on his beloved debut album, My Krazy Life, which he released back in 2014. On it, the Compton rapper speaks about breaking into the home of […]

The Russian government ordered on Wednesday a general slowdown of Twitter’s connection speed, after what it called “systematic disregard of the requirement to remove content forbidden in Russia.” The restrictions will affect “100% of mobile devices and 50% of stationary devices,” telecom regulator Roskomnadzor said in a statement. An official quoted by the Interfax news […]

BANGKOK (AP) — Shares were mostly higher in Asia on Thursday though Tokyo’s benchmark declined as reports of rising coronavirus cases raised alarm over another setback in the recovery from the pandemic. Tokyo reported 545 new cases and Osaka’s government declared a medical emergency as the latest surge in infections outpaced minimal progress in inoculating […]

Bitcoin’s appeal among institutional investors is spreading toward insurance firms and life and annuity companies.