TA: Bitcoin Corrects From $55.8K, Why Dips Could Be Limited 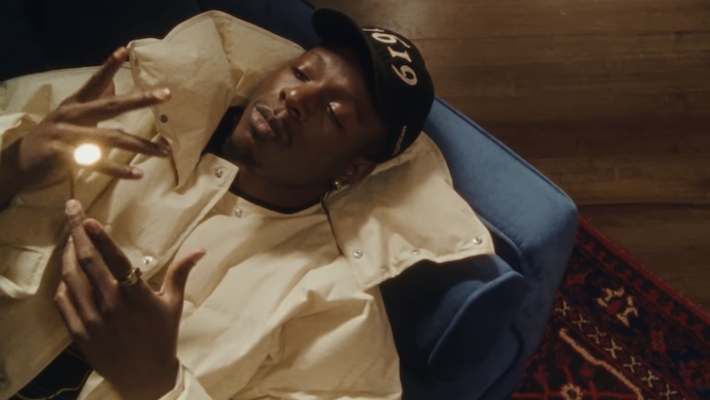 After going more than two years without releasing much music, not even making guest appearances, Joey Badass made his presence known with a collection of musical contributions in 2020. One of those came with DJ Scheme on their track “Trust Nobody (2 My Brothers).” The collaboration is housed on Scheme’s Family, which he released in December and which also features Juice WRLD, Ty Dolla $ign, Lil Yachty, Lil Keed, and more. Nearly three months after dropping the project, he and Badass return with a video for their song.

It begins with Badass and Scheme in the studio together, presumably listening to music together. The former gets then gets up and heads to a nearby room to pace around and lay down in thought as he examines his life and the relationships. “Tell me, who can I trust if I don’t trust myself?” Badass raps on the song. “Fallin’ victim to lust and needed someone else / I run away from my problems knowin’ I need some help.” The video concludes with the duo riding in the backseat of an SUV as they drive through the cold winter weather to an unknown destination.

Prior to the video, Badass joined Denzel Curry and Kenny Beats to remix “Cosmic.m4a” with The Alchemist. He also celebrated his birthday with a visual for “Let It Breathe.”

You can watch the video above.

TA: Bitcoin Corrects From $55.8K, Why Dips Could Be Limited

The world of basketball and the world of music intersect pretty frequently for one reason or another. Our latest example of this came on Saturday afternoon thanks to new Toronto Raptor Rodney Hood, although it had nothing to do with him dropping a mixtape or deciding to produce an album or anything like that. Back […]

Kenny Mason is undoubtedly one of the more impressive rappers to find their footing in the genre over the past year. The Atlanta native gained increased attention as a result of his attention-grabbing Angelic Hoodrat album. The project captured his impressive lyricism and versatility as an up and coming act, but if you missed out […]

Jorja Smith Flaunts Her Worth In The Self-Recorded ‘Addicted’ Video

These days, it’s only on rare occasion that Jorja Smith drops new music. Following the success of her 2018 debut album Lost & Found, fans have been anxiously awaiting any word of new projects from the singer — and they finally got it on Wednesday. Smith returned to debut her song “Addicted,” the first solo […]