TA: Bitcoin Steadies Near $60K, Why BTC Could Surpass $62K 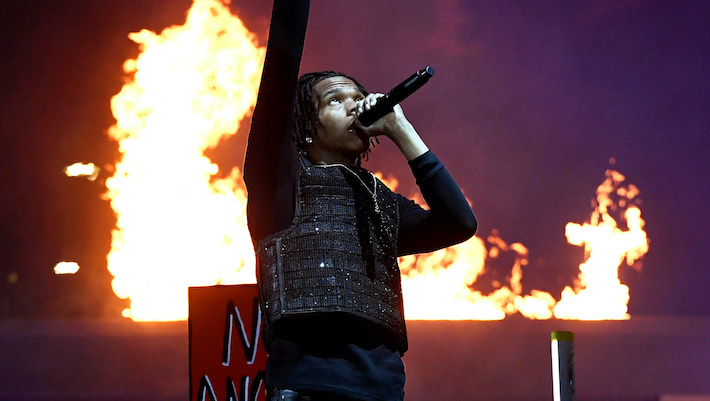 Whether or not you believe Lil Baby was snubbed for major music awards throughout 2020, there is absolutely no denying that he’s racked up the wins where they count. Case in point, even if he doesn’t win a Grammy Award at tonight’s show, he still got a massive platform from which to perform his nominated song, “The Bigger Picture,” exposing him to thousands of potential new fans. The Atlanta trapper delivered a cinematic performance, bringing his sincere words to life with an unexpected cameo from fellow ATLien Killer Mike.

Lil Baby was nominated for both Best Rap Song and Best Rap Performance for “The Bigger Picture.” While Megan Thee Stallion took home the golden gramophone for Best Rap Performance already — incensing fans who are already convinced that Baby was snubbed for awards at all the other major shows, including the BET Hip-Hop Awards, the AMAs, and the Billboard Music Awards — Baby has already made it clear he doesn’t care much about which awards he wins or loses, so long as he gets paid.

With the increased attention that comes with performing on one of television’s most-watched nights, combined with Baby’s first Super Bowl advert earlier this year, those checks are sure to come — even if he was overlooked for the 2021 Presidential inauguration.

TA: Bitcoin Steadies Near $60K, Why BTC Could Surpass $62K

Quavo Responds To Saweetie’s Claim That He Cheated: ‘You Are Not The Woman I Thought You Were’

Up until Friday, Saweetie and Quavo were one of the music industry’s favorite couples. Back in October, Quavo revealed that he had first slid into her DM’s with a simple snowflake emoji, which prompted weeks of memes and fans gushing over their relationship. But it looks as though things have now come to an end. […]

Lil Yachty Shares All In His ‘No More Beatboxing Freestyle’ Video

It seems like every day brings another “BeatBox” freestyle, but Lil Yachty has arrived to shut it all down with his offering to the trend, “No More Beatboxing Freestyle.” As you may have guessed from the title, the first half of the song utilizes the beat from Coi Leray’s viral hit “No More Parties,” while […]

As it stands now, it seems to be Olivia Rodrigo’s world: It was just revealed that “Drivers License” is the No. 1 song on the Billboard Hot 100 chart for an eight consecutive week. Looking at the charts a different way, though, the world may actually belong to The Weeknd, as he just pulled off […]