: ‘We’re seeing too much spring break activity’ — Miami mayor warns people not to gather in Florida 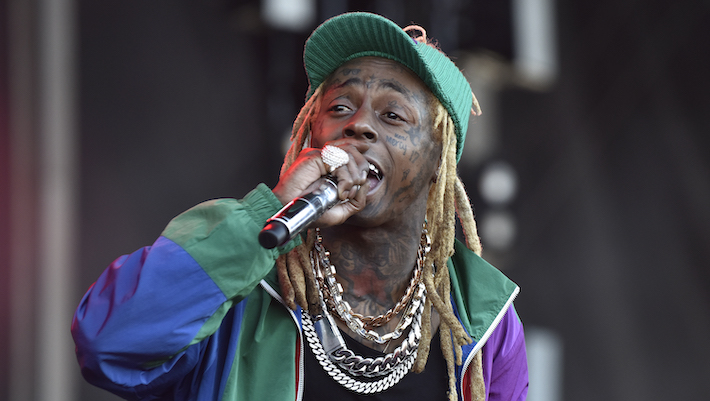 Perhaps this year more than ever, a good handful of prominent artists have made it clear that they have major issues with the Grammys and the Recording Academy. The most prevalent example is The Weeknd, who may never be involved in the show again if he keeps up his end of the boycott he announced just days ago. Lil Wayne has also expressed his discontent, and now, the day after the Grammys, he has done so as economically as possible.

This isn’t the first time this Grammys cycle he criticized the show. Back towards the end of 2020, Wayne openly wondered why he didn’t get nominated or invited to the show this year, tweeting, “As an artist, when I see da Grammys coming up & I’m not involved nor invited; I wonder. Is it me , my musik, or just another technicality? I look around w respect & wonder competitively am I not worthy?! Then I look around & see 5 Grammys looking bak at me & I go to the studio.”

Technically, Wayne did find his name on the list of this year’s Grammy nominees, although not for anything he did musically: His album Funeral was nominated for Best Recording Package, an award the album did not end up winning.

Keeping up with new music can be exhausting, even impossible. From the weekly album releases to standalone singles dropping on a daily basis, the amount of music is so vast it’s easy for something to slip through the cracks. Even following along with the Uproxx recommendations on a daily basis can be a lot to […]

Well… we’re finally here. After a brief postponement, the 63rd annual Grammy Awards will be taking place on Sunday, March 14. As with many awards shows nowadays, things will be presented a bit differently than we’re used to. Per The Recording Academy’s website, there will be a virtual red carpet ceremony and premiere ceremony, where […]

Yung Baby Tate and Flo Milli released their exuberant collaboration, “I Am,” back in December, and today, they share the colorful, artsy video for the song directed by Andre Muir, who previously worked with Mahalia, Vic Mensa, and Adidas. The video, which features what I’m calling a “baby Beyonce” aesthetic, puts Black girl magic at […]

Rod Wave Lands The First No. 1 Album Of His Career With ‘Soulfly’

Rod Wave’s rise to stardom began less than two years ago thanks to his single “Heart On Ice,” a track that was boosted by a remix from Lil Durk. That song would later be housed on his debut album, Ghetto Gospel, and soon enough the Florida rapper’s upward climb was underway. That project landed a […]