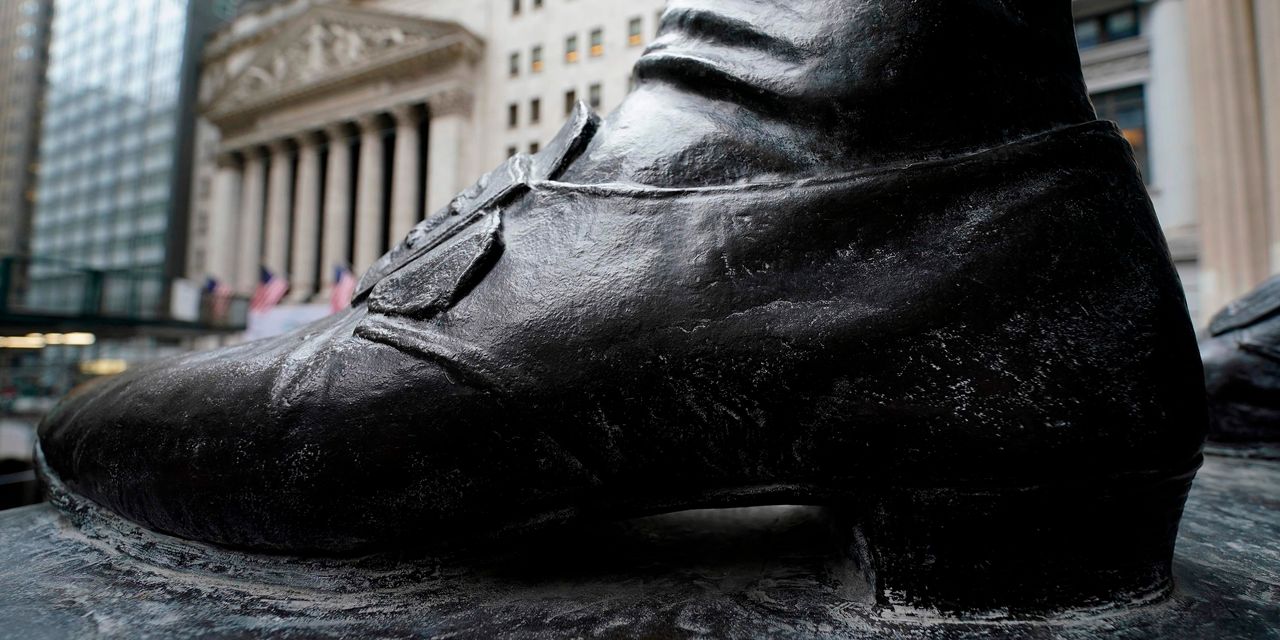 The Federal Reserve plans to “gradually roll back” its $120 billion-a-month bond purchase, but only once the U.S. economy has more fully healed from the pandemic.

That was Fed Chairman Jerome Powell talking on Thursday morning with NPR’s Steve Inskeep. Rate increases will be considered only “when the economy is all but fully recovered,” Powell said.

Wall Street quickly began focusing on the “gradually roll back” part of the talk.

The 10-year TMUBMUSD10Y, and 30-year TMUBMUSD30Y, Treasury yields climbed Thursday for the first time in five sessions. Bond prices and yields move in the opposite direction.

“The algos don’t sleep, and pay attention to every word,” said Quincy Krosby, chief market strategist at Prudential Financial, while pointing to the brief selloff in shorter-dated Treasurys that followed Powell’s interview.

What Powell also was stressing, Krosby said, is that once the Fed’s goals for inflation and the labor-market recovery have been achieved, the central bank plans to extricate itself from the market.

“The market is bracing for that,” Krosby said.

But she also expects Powell to first begin upgrading his characterization of the economy before making any policy changes, which would provide a long “glide path to liftoff,” she said.

A year of crisis

It has been a year since Powell launched the Fed’s full-throttle pandemic response, slashing benchmark interest rates to range of zero to 0.25% and restarting a historic fourth round of large-scale asset purchases.

The tactic was first adopted by the Fed in the wake of the 2008 financial crisis to help the reeling economy, and involved buying government-backed mortgage bonds and Treasurys. Its balance sheet in the past year increased by more than $3 trillion to a record $7.7 trillion.

When might the Fed start its rollback? “If they want to taper by December, it should be on the market’s radar by June,” said Eric Souza, senior portfolio manager at SVB Asset Management in San Francisco.

Souza said ultimately any decisions on when to reduce monthly purchases will hinge on the U.S. COVID-19 vaccination campaign and progress toward reopening the economy. But even if relatively minor hiccups occur once tapering starts, like if mortgage-backed-securities spreads widen or bond yields climb, Souza expects the Fed to benefit from the global hunt for yield among investors, given the current $14.3 trillion glut of bonds now priced at negative yields.

The Fed’s easy-money policies have been credited with staving off a financial crisis during the pandemic.

But the unwinding of that policy will hinge on the virus and other factors that won’t be easy to pin down to a timeline, said Steven Blitz, chief U.S. economist at TS Lombard.

One the one hand, the tapering bet suggests that COVID-19 will be contained enough this year so that hard-hit services industries will have rehired laid-off workers, Blitz said, adding that is where the bulk of the roughly 9.5 million remaining lost jobs from the pandemic comes from.

“But if COVID remains a threat and there’s a wave of cases that cause people to pull back, he’s not tapering in December,” he said. “But we will only know in December if that view is right or wrong.”

National and foreign buyers acquired a “tokenized” apartment in Spain with ethereum, which involved a domestic crypto exchange and a real estate investment firm. The city of Sevilla was the scenario for the crypto deal between the parties. Transaction Was Worth Over $64,000 According to El Correo Web, the Spanish crypto exchange Criptan and the […]

Gold futures settled lower Wednesday, pressured in part by strength in U.S. Treasury yields, then moved up after the Federal Reserve said it doesn’t plan to raise interest rates until the end of 2023. Read: Fed to stay dovish this week as Powell channels his inner Gary Cooper calm As expected, the Federal Open Market […]

European stocks rose on Thursday in the first opportunity to react to the latest Federal Reserve decision, with the big story being the selloff in bonds the central bank did nothing to quell. The Stoxx Europe 600 SXXP, +0.35% rose 0.3%, with even stronger gains for the Stoxx Europe TMI Value index STVP, +0.75%. The […]

Kelley Blue Book: This is how much America’s damaged roads are costing you

The good news: the American Society of Civil Engineers gives America’s infrastructure a passing grade for the first time in over 20 years. The bad news: not the roads. They’re still a complete failure. Just driving on them is costing you money it shouldn’t. Every four years, the society meets to grade America’s infrastructure. The […]