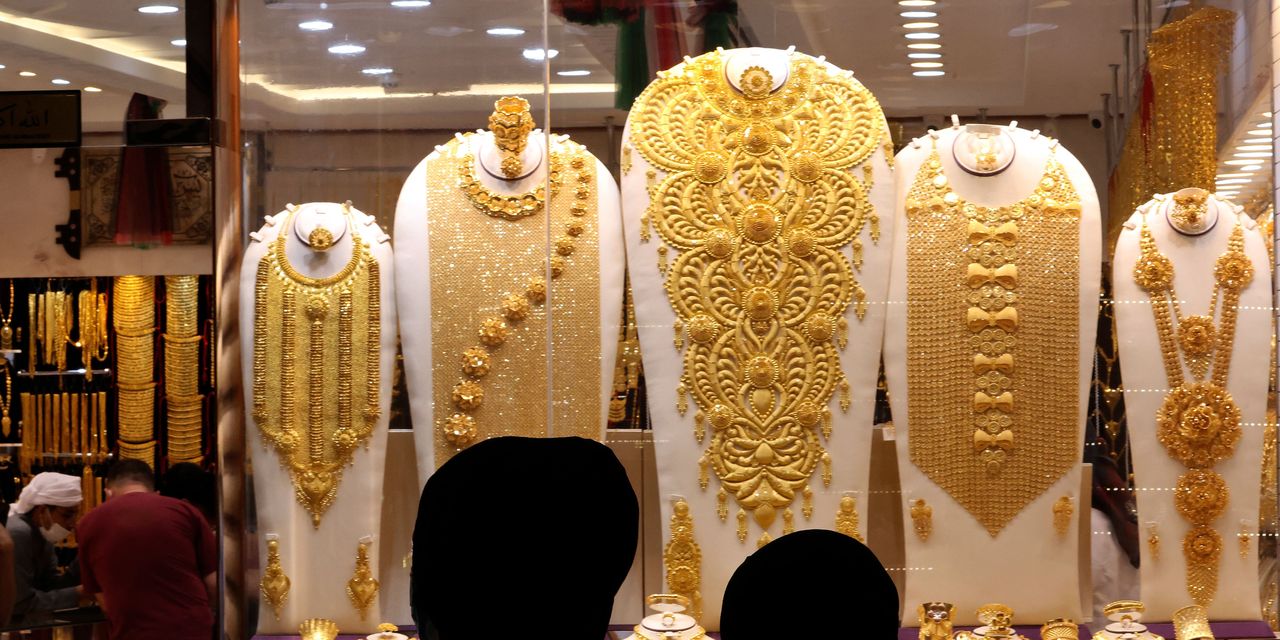 Gold futures traded lower on Monday, as investors sell the precious metal to generate cash to cover margin calls on the back of a decline in the U.S. stock market.

“The Archegos margin call default is threatening to cause major losses at some investment banks and has put contagious pressure onto the equity markets over the weekend,” with the result that gold has come off said Rhona O’Connell, head of market analysis, EMEA and Asia regions at StoneX.

“This is perfectly normal,” she said in Monday’s newsletter. “ Almost invariably when the equities markets come under pressure gold will come down also.”

“When other markets are suffering and there is the possibility of margin calls or a loss of liquidity or a simple financial loss, gold is one of the first assets to be sold in order to raise cash and minimise the damage,” she said.

Metals futures face a holiday-shortened week. Commodity and other financial markets will be closed on Good Friday this week.

Meanwhile, the U.S. dollar edged up by 0.2% to 92.92, as measured by the ICE U.S. Dollar Index DXY, . A stronger dollar can weigh on dollar-priced assets, making them more expensive for overseas buyers. The 10-year Treasury note TMUBMUSD10Y, was yielding 1.682%, up from 1.658% at the end of last Friday. Bond prices rise as yields fall.

Nornickel on Monday said it completed phase two repairs at two major mines in Siberia. It expects the Oktyabrsky mine to fully resume production in the first 10 days of May and the Taimyrsky mine to resume output in early June.

“This could be negative for palladium over a very concise term as the last estimate was about 12 weeks for repairs to be complete,” said Stephen Innes, chief global markets strategist at Axi, in a market update.

The old adage that controversy sells has never been more accurate than when it comes to Lil Nas X. He first shot to superstardom thanks to the chilly reception from the country music establishment to his breakout single “Old Town Road” and now, he’s making even more of a fuss with his fantastical video for […]

NerdWallet: People who save more skimp more on these things

This article is reprinted by permission from NerdWallet.  Reducing spending in three common budget categories may significantly boost your ability to save money. And a small mental trick could help you stick to an ongoing savings plan. Those are the findings of two studies investigating the spending habits of better savers and the psychology of […]

The Bitcoin boom: The future of the company balance sheet

Adding Bitcoin and other cryptocurrencies to a company’s balance sheet is essential because the future with crypto is already here.

What happens when Robinhood traders walk out of the stock market? That’s not the start of a joke. It’s the premise of a new study looking at how young investors on the high-profile trading app with $0 commissions were generating market volatility and “noise” long before the GameStop stock-trading frenzy blared into the headlines earlier […]