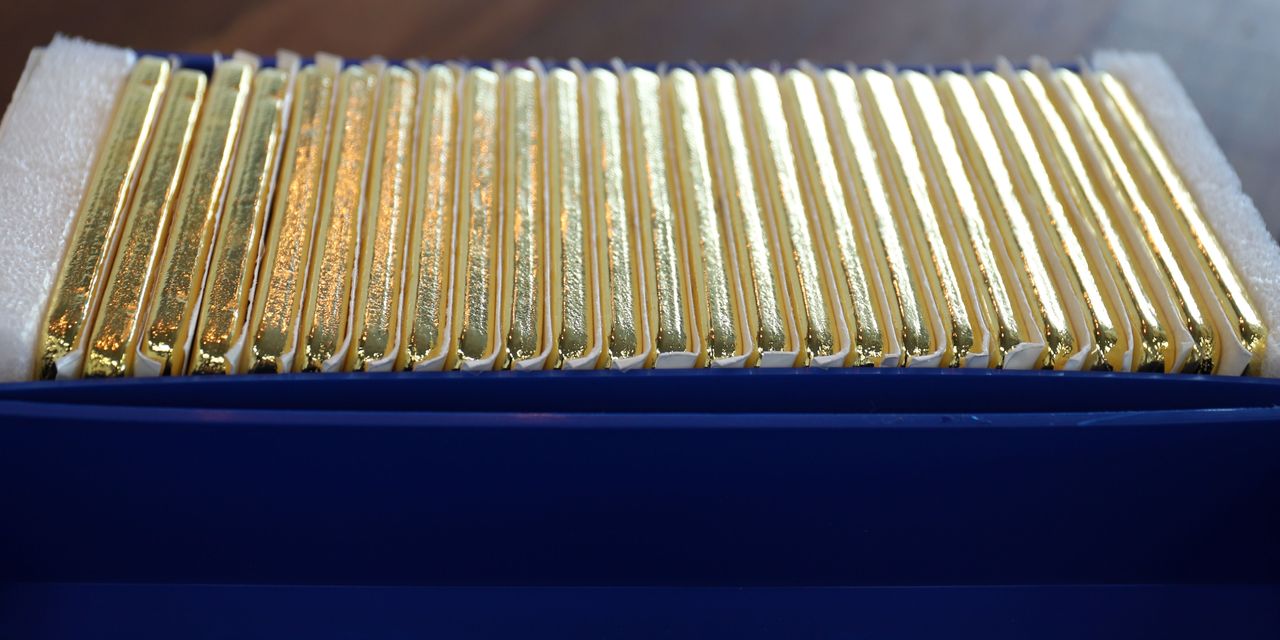 Gold futures settled lower Wednesday, pressured in part by strength in U.S. Treasury yields, then moved up after the Federal Reserve said it doesn’t plan to raise interest rates until the end of 2023.

Chairman Jerome Powell “reiterated that inflation was not a concern and the Fed would continue its accommodative policy pursuing its full employment and inflation goals,” he said. ” As a result, market conditions continue to be favorable for gold prices.”

“The rise in longer-term Treasury rates has mainly been powered by increased inflation expectations and not by a significant rise in real rates, also supportive of gold prices,” he said.

“The U.S. dollar, which has strengthened marginally recently, is still near 3-year lows and may weaken further given the Fed’s continued accommodative monetary policy,” said Klearman. “Add to this uncertainty surrounding U.S. tax changes and the fact that the U.S. now has the largest national debt to GDP ratio, there seems to be very little reason for gold prices to move lower.”

On Wednesday, the dollar moved lower, with the ICE U.S. Dollar Index DXY, down 0.2% after the Fed announcement, though it still traders higher month to date.

The 10-year Treasury note yield TMUBMUSD10Y, , meanwhile, touched its highest levels since January 2020, contributing pressure to prices for gold during the session, then eased some of its gain in the wake of the Fed decision. A rise in government debt yields can undercut appetite for precious metals.

Officials close to India’s Prime Minister Narendra Modi are huddling with senior bureaucrats and foreign advisers to draw up a possible 2050 deadline for transitioning to net zero emissions, unnamed people familiar with the matter have told Bloomberg News. A 2047 target is also being considered, those officials said, according to Bloomberg, a date that […]

U.S. stocks traded higher Wednesday morning as investors continued to monitor rising cases of COVID-19 in Europe and awaited more commentary from Federal Reserve speakers, headlined by a second day of testimony from Chairman Jerome Powell on the health of the economy amid the coronavirus pandemic. The Dow got a boost from Intel Corp., as […]

Retire Better: Want a happy retirement? Have at least this many hobbies

Sometimes you hear about people who retire and they say they’re going to play golf every day. Fast forward six months and they’re bored out of their minds.  What happened? If you call it a career but only have one or two hobbies or pursuits, chances are you’re not going to be very happy.  Read: […]

Dear Quentin, After finishing graduate school, my wife and I decided to pay off all our debt before buying a home, or anything for that matter. We have been cheaply renting for the last three years, and living as if I were still a very poor graduate student. During this time, we paid off all […]