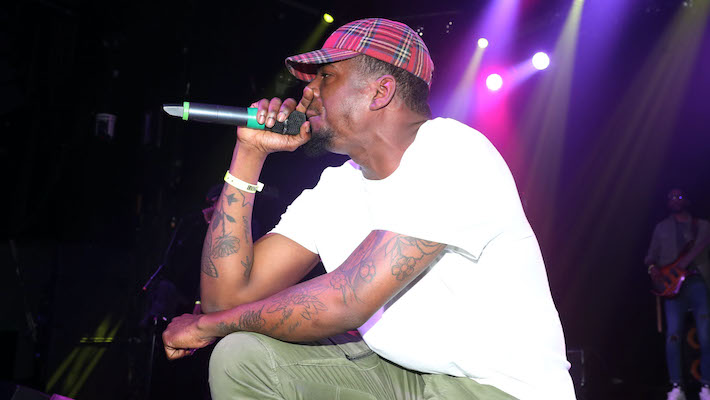 It has been a few years since Chicago rapper Mick Jenkins released a full-length project. Although he released an EP, The Circus, in January of last year, the critical and cult favorite has laid low since 2018, when he shared Pieces Of A Man. However, one exception to that trend was his appearance on Kaytranada‘s late 2019 album Bubba, on which Mick contributed a verse on the song “Gray Area.” Now, two days after that album won a Grammy for Best Dance/Electronic Album, the two iconoclastic artists reunite on “Designer Frames.”

Given dance music’s roots in 1980s Chicago House music and Mick’s deep ties to his hometown’s musical history, his chemistry with Kaytranada should come as no surprise and requires little adjustment from either artist to fit into an easygoing groove. The mid-tempo beat Kaytranada provides takes cues from traditional African drum rhythms with a mellow synthesizer rounding things out. Meanwhile, Mick boasts of his “$1,000 Cazals” and coolly delivers a trademark, dense-packed vocal performance with some truly impressive wordplay.

On Twitter, Mick was coy about whether or not the new track would preface a full collection of music in the near future, although he did that he was shooting a video. He’s also getting into the crypto art game as well, sharing a new song as an NFT. Listen to “Designer Frames” below.

It’s only been a few weeks since “NFT” became the new buzzword, and many people have already capitalized on them. These non-fungible tokens are being used to sell digital artwork at a steep price. Twitter CEO Jack Dorsey is selling the first-ever tweet as an NFT and Grimes made $6 million in one day by […]

Drake, Young Thug, And Gunna Discuss Their Relationship Qualms On The Slimy ‘Solid’

Despite being two of today’s most popular artists in the hip-hop world, collaborations between Young Thug and Drake have come far and few over the years. Prior to today, their list of songs together stood at just three official songs, which the most recent being “D4L” from Drake’s 2020 project, Dark Lane Demo Tapes. Thankfully […]

St. Vincent And Kid Cudi Are Booked To Perform On ‘SNL’ In April

Every so often, Saturday Night Live unveils their next lineup of hosts and performers by sharing the names unceremoniously scribbled on Post-it Notes. The brightly-colored sticky notes have once again returned to disclose which musical acts have been booked for the first two episodes in April, revealing that St. Vincent and Kid Cudi are set […]