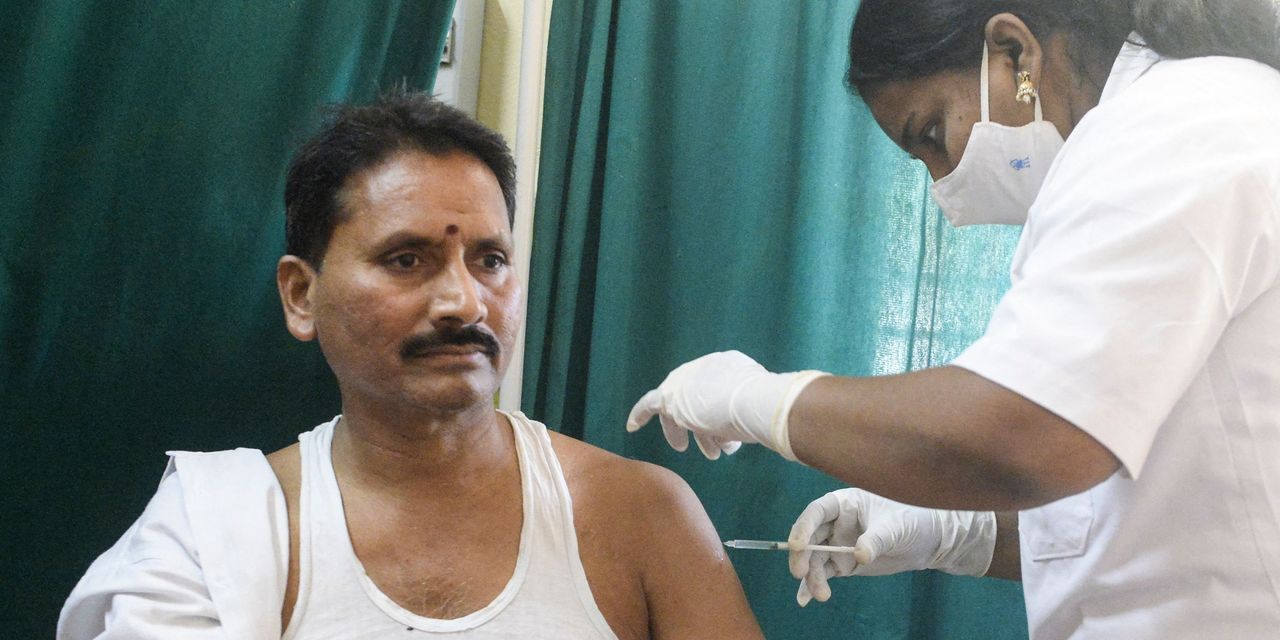 Novavax NVAX, , the U.S. pharmaceutical giant, has started trials of its COVID-19 vaccine in India with partner Serum Institute of India (SII).

The pair has jointly developed Covovax, which has been tested against the South African and U.K. variants, and has an overall efficacy of 89%, according to a tweet by Adar Poonawalla, chief executive of SII, the world’s largest vaccine maker.

It comes as the U.K. said a rival vaccine produced by biotech Moderna MRNA, will finally start arriving in the U.K. in April.

In India it is hoped Covovax will be launched by September, and it is the second to be launched by SII. Its first vaccine Covishield was developed in partnership with the University of Oxford and U.K.-Swedish drug company AstraZeneca AZN, AZN, .

Initially, healthcare and frontline workers have been vaccinated, followed by citizens above the age of 50.

In the U.K., a leading politician gave the first details of the timetable for the Moderna vaccine, which will be the third shot to arrive.

Culture secretary Oliver Dowden said in a television interview over the weekend that the Moderna vaccine would arrive in April. The U.K. has ordered 17 million doses.

Dowden said: “We don’t get into the details of supply chains, but the health secretary has indicated that he would expect later this month we’d start to see Moderna.” He later clarified: “We expect that in April Moderna will come.”

As many as 30 million people have received their first shots in the U.K. but it is in a race to ensure a steady flow of vaccines as some countries limit exports to focus on inoculating their local population.

India temporarily has ceased exports of the AstraZeneca vaccine made by SII amid a rise in demand locally due to an increase in infections.

Dear Quentin, My sister and her husband are penny pinchers. They make around $150,000 a year, and save a considerable amount of it. Good for them! The problem: When we visit them for the night or for the day, they don’t feed us. I always ask in advance if I should bring anything and she […]

: Eurozone banks are showing life after 15 rough years. Will the ECB snuff out the rally?

It has been a pretty rough 15 years for the eurozone’s leading banks. The bad times have been ghastly — the 2008 financial crisis, the Greek debt crisis, and now, the COVID-19 pandemic. But even the good times haven’t been so great, with lenders in the 27-nation grouping facing a backdrop of negative interest rates […]

Coronavirus Update: U.S. COVID death toll tops 530,000 as Biden pledges vaccines open to all by May

The U.S. death toll from the coronavirus-borne illness COVID-19 climbed above 530,000 on Friday, a day after President Joe Biden used the anniversary of the day the World Health Organization declared a pandemic to pledge to make all Americans eligible for vaccination by May 1. In his first address to the nation since taking office, […]

IPO Report: Coursera prices IPO at $33 a share, for valuation of $4.3 billion

Coursera Inc. priced its initial public offering at $33 a share late Tuesday, at the high end of its target range, raising about $520 million and valuing the company around $4.3 billion. The online-education company said it will offer 14.7 million shares of common stock, and that stockholders will sell an additional 1.06 million shares. […]