Coronavirus Update: U.S. in a race between vaccinations and the potential next surge, Dr. Fauci says

Would a US wealth tax push millionaires to Bitcoin adoption? 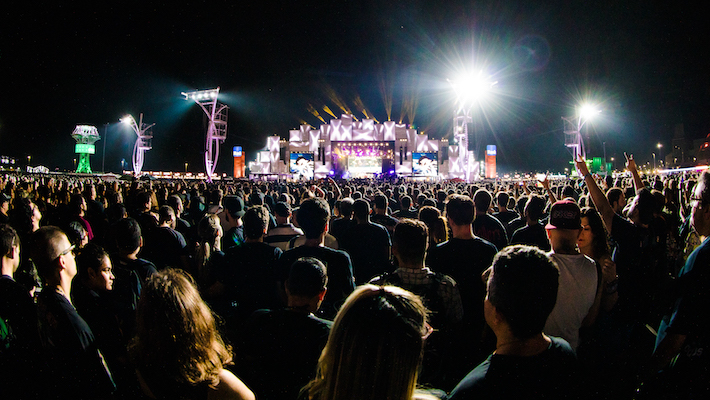 Given that the coronavirus pandemic is still far from over, most news we get about music festivals is negative. Just this morning, it was reported that Coachella and Stagecoach may be pushed back to 2022. The good news is that another major California festival, Outside Lands, still intends to make its 2021 event happen, albeit with some tweaks.

When Outside Lands canceled its 2020 festival, they set their sights on early August for the 2021 installment. They’ve revealed today, though, that they’ve had to slightly delay the event, which is now scheduled from October 29 to 31, aka Halloween weekend.

The new dates mean that some artists can’t make the festival now, so artists like The 1975, Beach House, Polo & Pan, Big Thief, Parcels, Rolling Blackouts Coastal Fever, The Beths, and others won’t be at Outside Lands this year. They’ve got some solid replacements, though, as added to the bill are Glass Animals, Kaytranada, Lord Huron, Claud, Bartees Strange, Sofía Valdés, 24kGoldn, SG Lewis, Flo Milli, Cannons, Jessia, Q, Brijean, and Shilan.

Allen Scott, President of Concerts & Festivals at Another Planet Entertainment and Co-Producer of Outside Lands, says, “We have been eagerly anticipating our return to Golden Gate Park for over a year now and although we have to wait a few months longer, we couldn’t be more excited to present an epic Halloween edition of Outside Lands. The shift in dates allows us to work collectively to determine any new safety measures necessary to implement during the festival weekend. We ask fans to use this time before the festival to continue exercising common sense COVID safety practices and we look forward to being together again soon.”

Check out the new Outside Lands poster above.

Would a US wealth tax push millionaires to Bitcoin adoption?

There are ways in which a tax on the ultra-wealthy could nudge them toward crypto, but hiding assets is not one of them.

Back in December E-40 and Too Short revealed that they would be joining forces with fellow West Coast rappers Snoop Dogg and Ice Cube to form a rap supergroup. The announcement came after E-40 and Too Short’s Verzuz battle. There was no official name for the group when the news was shared during an interview […]

There’s no denying the success of Jack Harlow. The Louisville spitter took the music world by storm at the beginning of 2020 thanks to the success of his “What’s Poppin” and closed out the year with the release of his debut album That’s What They Say. In between it all, he peaked at No. 2 […]

The Academy Of Motion Picture Arts And Sciences revealed the nominees for the 93rd Annual Academy Awards on Monday, with plenty of powerhouse thespians, like Daniel Kaluuya and Lakeith Stanfield, receiving nominations. But a couple big names in the music industry also received quieter acclaim. Diddy and Joey Badass both landed Oscar nominations for their […]