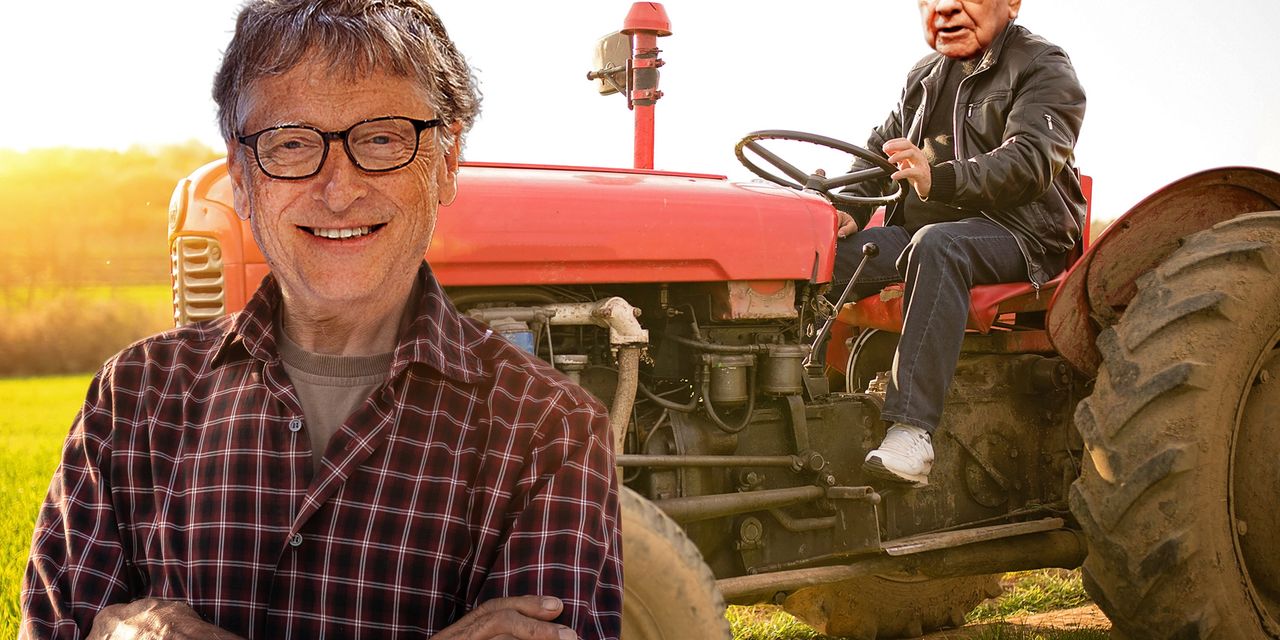 Bill Gates is now the largest owner of farmland in the U.S. having made substantial investments in at least 19 states throughout the country. He has apparently followed the advice of another wealthy investor, Warren Buffett, who in a February 24, 2014 letter to investors described farmland as an investment that has “no downside and potentially substantial upside.”

There is a simple explanation for this affection for agricultural assets. Since the early 1980s, Congress has consistently succumbed to pressures from farm interest groups to remove as much risk as possible from agricultural enterprises by using taxpayer funds to underwrite crop prices and cash revenues.

Over the years, three trends in farm subsidy programs have emerged.

The first and most visible is the expansion of the federally supported crop insurance program, which has grown from less than $200 million in 1981 to over $8 billion in 2021. In 1980, only a few crops were covered and the government’s goal was just to pay for administrative costs. Today taxpayers pay over two-thirds of the total cost of the insurance programs that protect farmers against drops in prices and yields for hundreds of commodities ranging from organic oranges to GMO soybeans.

The second trend is the continuation of longstanding programs to protect farmers against relatively low revenues because of price declines and lower-than-average crop yields. The subsidies, which on average cost taxpayers over $5 billion a year, are targeted to major Corn Belt crops such as soybeans and wheat. Also included are other commodities such as peanuts, cotton and rice, which are grown in congressionally powerful districts in Georgia, the Carolinas, Texas, Arkansas, Mississippi and California.

The third, more recent trend is a return over the past four years to a 1970s practice: annual ad hoc “one off” programs justified by political expediency with support from the White House and Congress. These expenditures were $5.1 billion in 2018, $14.7 billion in 2019, and over $32 billion in 2020, of which $29 billion came from COVID relief funds authorized in the CARES Act. An additional $13 billion for farm subsidies was later included in the December 2020 stimulus bill.

Read: How the biggest farms are getting more per acre in trade-war subsidies

If you are wondering why so many different subsidy programs are used to compensate farmers multiple times for the same price drops and other revenue losses, you are not alone. Our research indicates that many owners of large farms collect taxpayer dollars from all three sources. For many of the farms ranked in the top 10% in terms of sales, recent annual payments exceeded a quarter of a million dollars.

Farms with average or modest sales received much less. Their subsidies ranged from close to zero for small farms to a few thousand dollars for averaged-sized operations.

So what does all this have to do with Bill Gates, Warren Buffet and their love of farmland as an investment? In a financial environment in which real interest rates have been near zero or negative for almost two decades, the annual average inflation-adjusted (real) rate of return in agriculture (over 80% of which consists of land) has been about 5% for the past 30 years, despite some ups and downs, as this chart shows. It is a very solid investment for an owner who can hold on to farmland for the long term.

The overwhelming majority of farm owners can manage that because they have substantial amounts of equity (the sector-wide debt-to-equity ratio has been less than 14% for many years) and receive significant revenue from other sources.

Thus for almost all farm owners, and especially the largest 10% whose net equity averages over $6 million, as Buffet observed, there is little or no risk and lots of potential gain in owning and investing in agricultural land.

Returns from agricultural land stem from two sources: asset appreciation — increases in land prices, which account for the majority of the gains — and net cash income from operating the land. As is well known, farmland prices are closely tied to expected future revenue. And these include generous subsidies, which have averaged 17% of annual net cash incomes over the past 50 years. In addition, Congress often provides substantial additional one-off payments in years when net cash income is likely to be lower than average, as in 2000 and 2001 when grain prices were relatively low and in 2019 and 2020.

It is possible for small-scale investors to buy shares in real-estate investment trusts (REITs) that own and manage agricultural land. However, as with all such investments, how a REIT is managed can be a substantive source of risk unrelated to the underlying value of the land assets, not all of which may be farm land.

Thanks to Congress and the average less affluent American taxpayer, farmers and other agricultural landowners get a steady and substantial return on their investments through subsidies that consistently guarantee and increase those revenues.

While many agricultural support programs are meant to “save the family farm,” the largest beneficiaries of agricultural subsidies are the richest landowners with the largest farms who, like Bill Gates and Warren Buffet, are scarcely in any need of taxpayer handouts.

Vincent H. Smith is director of agricultural studies at the American Enterprise Institute, a Washington, D.C. think tank, and professor of economics at Montana State University. Eric J. Belasco is a visiting scholar at AEI.

Oakland, Calif.-based online resale company ThredUp Inc. TDUP, has filed its initial public offering prospectus with the Securities and Exchange Commission after first filing to go public confidentially in January. The company has registered to sell $100 million in shares, though that’s likely a placeholder amount as it works on terms and calculates expenses. ThredUp […]

The Moneyist: My parents died of COVID-19 and left no will. My brother lives rent-free in their home, and borrowed $35,000. What now?

Dear Quentin, Both my parents recently died of COVID-19. They have a few bank accounts and own their home outright, and they were not in debt. I have 5 older living siblings, and one that has died with two living sons. My parents did not leave a will or any instructions about what to do […]

: This man became financially independent at 36 and says the key to happiness is ‘owning your own time’

Chad Dowshenko grew up watching his father flip properties. Now, thanks to those lessons in real estate, he’s financially independent, managing rental units and living life on his terms.  Dowshenko, who was born and raised in Toronto, Canada, reached $1 million Canadian dollars, or approximately $791,000 USD, in 2019, though he felt he had reached […]