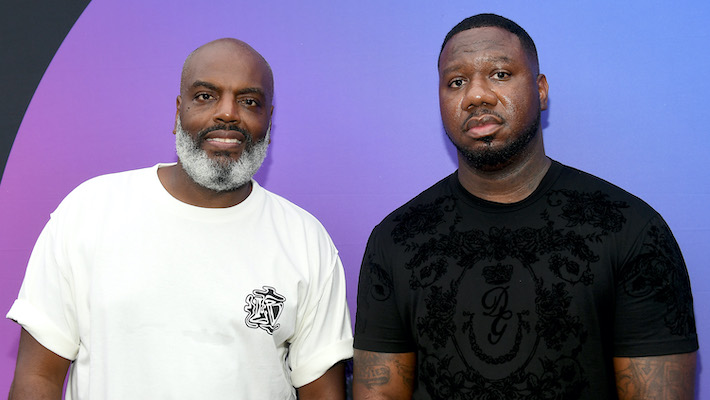 Quality Control has solidified its dominance over the rap game over the past three years thanks to the success of acts like City Girls, Duke Deuce, Lil Baby, Lil Yachty, and Migos, but the Atlanta-based label isn’t satisfied with just being hip-hop’s most successful label. Now, Coach and P have their sights set on Hollywood and won’t stop until they’ve tapped into every possible genre and form.

Not only do Lil Yachty and Migos have multiple projects coming down the pike, including Yachty’s heist comedy based on Uno and Quavo’s turn as a drug kingpin alongside Robert De Niro, but the label is also jumping into the horror genre soon, according to Deadline. The industry trade magazine reports Quality Control has partnered with Trioscope Studios in a co-production deal developing a TV series based on a graphic novel about the horrors of being Black in America.

Trioscope Studios is best known for its Netflix series The Liberator, a World War II drama using hybrid animation that blends CGI with live-action actors. The technique will be applied to QC’s upcoming series. The report doesn’t note exactly which horror comic will be adapted, but there’s no shortage of stories they could have chosen from, including The Ballad of Black Tom and The Box of Bones, while shows like HBO’s Lovecraft Country have proven that there’s certainly an appetite for more Black-focused horror-style work.

Next week marks one year since The Weeknd released his acclaimed album After Hours. Since then, the singer has had many accomplishments. He was invited to perform at the Super Bowl half time show, and even honored with his own day by Toronto’s mayor. Now, The Weeknd can claim another impressive achievement: “Blinding Lights” was […]

Dreamville singer Ari Lennox links up with YouTuber-turned-R&B-ambassador Queen Naija on her latest single, “Set Him Up.” In somewhat of a thematic 180 from her last all-female duet with Jazmine Sullivan, “On It,” Ari and Naija take unfaithful men to task on their unconventional crossover. The track follows a loose storyline of two friends catching […]

Raleigh, North Carolina rapper Toosii has seen the heights of success since his entrance to the music world a few years ago. His 2020 album Poetic Pain debuted within the Billboard 200’s top 20, his single “Love Cycle” recently went gold, and he received glowing co-signs from his South Coast Music label DaBaby and others […]

Lil Yachty Shares All In His ‘No More Beatboxing Freestyle’ Video

It seems like every day brings another “BeatBox” freestyle, but Lil Yachty has arrived to shut it all down with his offering to the trend, “No More Beatboxing Freestyle.” As you may have guessed from the title, the first half of the song utilizes the beat from Coi Leray’s viral hit “No More Parties,” while […]