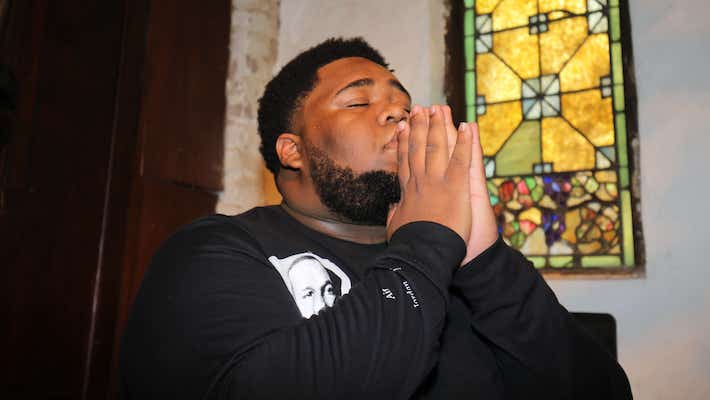 As of press time, the official audio for Rod Wave’s new collaboration with Polo G, “Richer,” is No. 1 on YouTube’s trending list. After pressing play on the song — which comes from Rod Wave’s new album SoulFly — it’s not hard to see why. The two rappers have brilliant chemistry, as Wave croons and Polo raps over the country-influenced, slow-grooving trap beat, addressing the pressures of their respective upbringings and chasing their dreams. “I’m richer than I’ve ever been,” Rod cries over the chorus, celebrating the change in his circumstances as a result of rap stardom.

Ahead of the release of the album, Rod previously released two singles with videos, the reflective “Street Runner” and the somber “Tombstone.” He also released a simple browswer racing game to go along with “Street Runner,” giving even more visual flair to the new song. SoulFly‘s rollout wasn’t entirely smooth, though; in February, the Florida rapper criticized his label, threatening to withhold his album over a money issue which was quickly resolved.

Meanwhile, his guest star, Polo G, has been working on his own third album while lending a lyrical assist to his fellow breakout star Lil Tjay on the ruthless “Headshot” featuring Fivio Foreign. To keep fans sated between projects, Polo also shared a triple video for his “For My Fans” freestyle in which he jumped on the three hottest beat trends simultaneously.

Listen to “Richer” above and check out Rod Wave’s SoulFly album here.

Fear of flying and catching COVID-19 led to a massive decline in air travel in 2020. But an interesting question emerges: How much did air travel contribute to the early, and uneven, spread of COVID-19 in the U.S.? In a previous study currently undergoing peer review, we looked at the effect of air travel from Italy and […]

Megan Thee Stallion Shuts Down Rumors That The Grammys Are ‘Rigged’

Megan Thee Stallion — who came away with a Best New Artist win at last night’s Grammys ceremony — doesn’t believe that the awards show is inherently rigged. While some stars, like The Weeknd and Lil Wayne, spent the last several weeks railing against the Recording Academy’s “unfair” selection practices, Megan had a far more […]

After a nearly four-year hiatus, Miguel returned to the spotlight a few weeks ago, releasing the first three volumes of his Art Dealer Chic EP series on DSPs along with a new song, “Funeral.” Then, on New Music Friday this week, he followed up with Art Dealer Chic, Vol. 4 and the video for “So […]