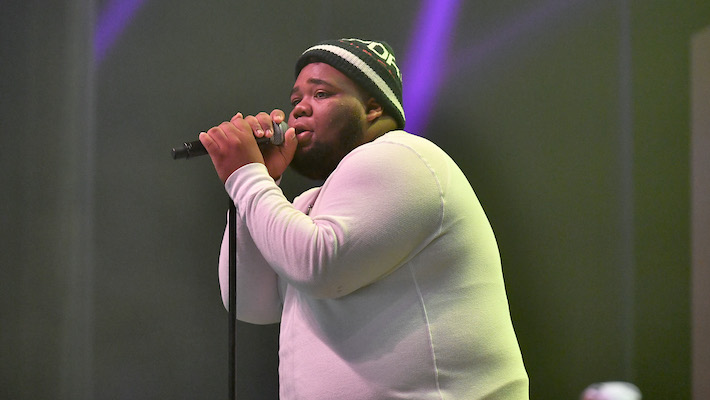 Rod Wave’s rise to stardom began less than two years ago thanks to his single “Heart On Ice,” a track that was boosted by a remix from Lil Durk. That song would later be housed on his debut album, Ghetto Gospel, and soon enough the Florida rapper’s upward climb was underway. That project landed a Gold certification while his 2020 sophomore album, Pray 4 Love, went Platinum. But there was one feat that Rod Wave had not accomplished yet: He hadn’t nabbed a No. 1 album. All of that changed with the rapper’s third full-length effort, Soulfly.

The Florida rapper landed his first No. 1 album thanks to 130,000 units sold for the chart dated April 10. Of that number, 126,000 comprised streaming equivalent album units, which tallies to 189.2 million on-demand streams, the largest streaming week for a hip-hop or R&B album in 2021. Soulfly is also the second hip-hop/R&B album to reach No. 1 in the past five months. The last release to do so was Playboi Carti’s Whole Lotta Red, which debuted at No. 1 on the Billboard 200 chart dated January 9. Lastly, Soulfly earned the best-selling single week for a hip-hop/R&B album since 21 Savage and Metro Boomin’s Savage Mode II put up 171,000 units back in October.

Elsewhere on this week’s chart, Justin Bieber’s Justice fell to No. 2, Morgan Wallen’s record-breaking sophomore effort, Dangerous: The Double Album, dropped to No. 5, and Young Dolph and Key Glock’s Dum And Dummer 2 debuted at No. 8

The bullish price action from ETH, BNB, DOT and EOS show that altcoins have capitalized on Bitcoin’s range-bound trading below the $60,000 level.

Ahead of releasing her breakout debut single “Icy Grl” in 2017, Saweetie earned a Bachelor’s degree from the University of Southern California. Saweetie was already making moves in her rap career while attending college and has cited how important her degree is to her. But attending a school where she was oftentimes the only student […]

Whenever the internet latches onto a strange moment, it tends to get even stranger as more details emerge (and more racist, i.e. the “milkshake duck” effect, but thankfully, this isn’t about that). Case in point, the man who kidnapped the internet’s attention yesterday by tweeting about a bizarre discovery in his breakfast cereal turned out […]

Nearly nine months ago, Lil Nas X shared a snippet of a track titled “Call Me By Your Name” on Twitter. While there was no way to know how long the wait would be until the song arrived, there was certainly no telling how the singer would release the track, which is now titled “Montero […]