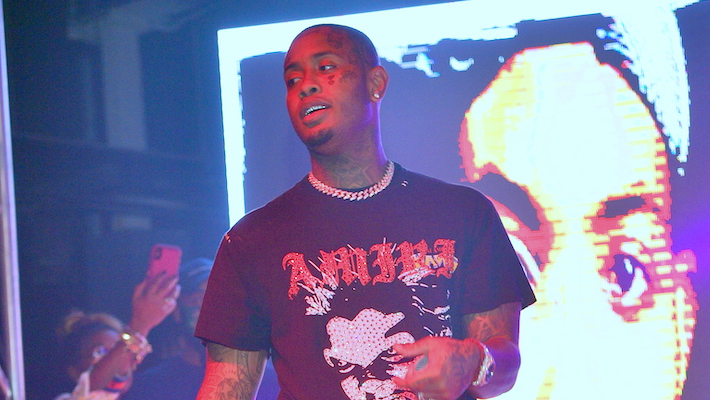 Influential trap producer Southside of 808 Mafia plans to retire from producing after over a decade in the rap game spent making beats for the likes of Drake, G Herbo, Future, and more. Instead, he wants to focus on mentoring younger producers after the release of the next 808 Mafia project. He announced his decision in a series of tweets proposing, then explaining, the retirement while fielding questions from curious fans.

“I’m thinking bout retirement how y’all feel about that,” he said initially. While some fans were supportive, others expressed disappointment, while one simply asked that Southside share some of his wisdom before he retired. He chose to do just that, writing, “After this 808mafia album I’m done. I’m where I wanna be in life as a producer.”

He elaborated, though, that he wasn’t going to stop using the 808 Mafia brand to lend opportunities to newcomers and promised that the album itself would be top quality. Just kno this album is going to be great. I’m still gone lead for the culture, I’m still gone try to put new producers on, but as a producer, I’m throwing the towel in after this album.”

I’m thinking bout retirement how y’all feel about that

If Southside is serious about retiring, he’ll do so as one of rap’s more prolific hitmakers, responsible for some of Future’s biggest hits including “F*ck Up Some Commas” and “Wicked,” while in recent years, he’s landed placements on Drake’s Dark Lane Demo Tapes and Moneybagg Yo’s “Blue Jean Bandit.” Meanwhile, 808 Mafia, which was founded by Southside and Lex Luger in 2010, has over 30 listed members and a wide range of production credits, living up to Southside’s dream of putting new producers on.

“Coconut Oil,” Lizzo’s 2016 self-love anthem, is the subject of a lawsuit recently filed by a church elder who claims his voice was sampled on the song without his permission, causing him “anguish, embarrassment, and outrage,” according to The Detroit News (Lizzo was born in the Motor City). Detroit resident Orlandus Dunning demands $750,000, saying […]

Nearly nine months ago, Lil Nas X shared a snippet of a track titled “Call Me By Your Name” on Twitter. While there was no way to know how long the wait would be until the song arrived, there was certainly no telling how the singer would release the track, which is now titled “Montero […]