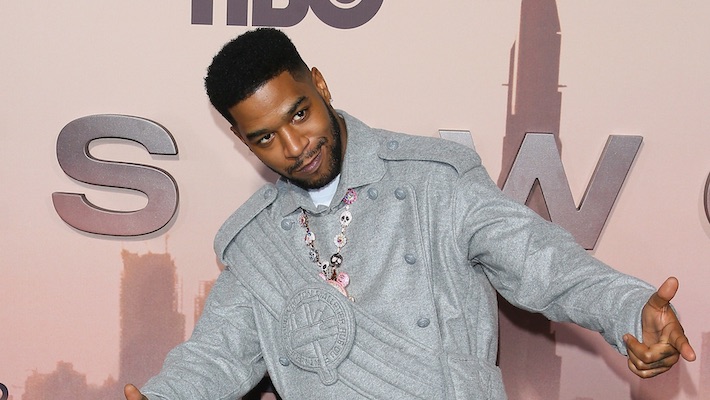 Every so often, Saturday Night Live unveils their next lineup of hosts and performers by sharing the names unceremoniously scribbled on Post-it Notes. The brightly-colored sticky notes have once again returned to disclose which musical acts have been booked for the first two episodes in April, revealing that St. Vincent and Kid Cudi are set to take the late-night stage. Jack Harlow is also featured in the announcement, although his upcoming appearance was revealed last month.

St. Vincent has been booked for SNL on April 3, almost exactly a month after the singer announced her anticipated album Daddy’s Home, which is slated for a May release. She’ll be appearing alongside host Daniel Kaluuya, who recently starred in the Oscar-nominated film Judas And The Black Messiah. St. Vincent’s performance will mark the second time the singer has been invited to play her music on the SNL stage since 2014.

Following St. Vincent’s episode, Kid Cudi will take the SNL stage on April 10, hosted by Carey Mulligan. Kid Cudi previously appeared on the show back in 2018 to make a cameo in a sketch with Kanye West, but April’s episode will be the rapper’s musical debut on the program.

Sharing the news on social media, St. Vincent expressed her excitement: “Saturday Night Live has been my favorite show since I was a kid and I can’t believe I get to play it AGAIN,” she wrote.

U.S. Treasury yields edged higher on Tuesday despite good demand at an auction for government debt. Investors also eyed the Federal Reserve’s two-day policy meeting with the central bank expected to reinforce its messaging that it will continue to support the economy through the pandemic. What are Treasurys doing? The 10-year Treasury note yield TMUBMUSD10Y, […]

TikTok can help smaller musicians reach huge fan bases, especially if their song gets turned into a viral challenge. That’s exactly what happened with Erica Banks when her track “Buss It” quickly became the backdrop for a challenge that had celebrities like Chloe Bailey and Rico Nasty dropping low to her track. The song’s popularity […]

HER Organizes An Uprising In The Stirring ‘Fight For You’ Video

The video for HER’s “Fight For You” is here. HER’s soulful Judas And The Black Messiah soundtrack single invokes the lasting legacy of the Black Panther Party, so it’s only right that the video does the same. Following a loose storyline, the video observes how the tragic cycle of state violence against Black Americans plays […]

It was reported in 2019 that the average length of a song on the Billboard Hot 100 chart was three-and-a-half minutes and that songs that run for under three minutes are becoming increasingly common. So, in general, songs are getting shorter, but now meditation app Calm and Universal Music Group (UMG) taking things in the […]