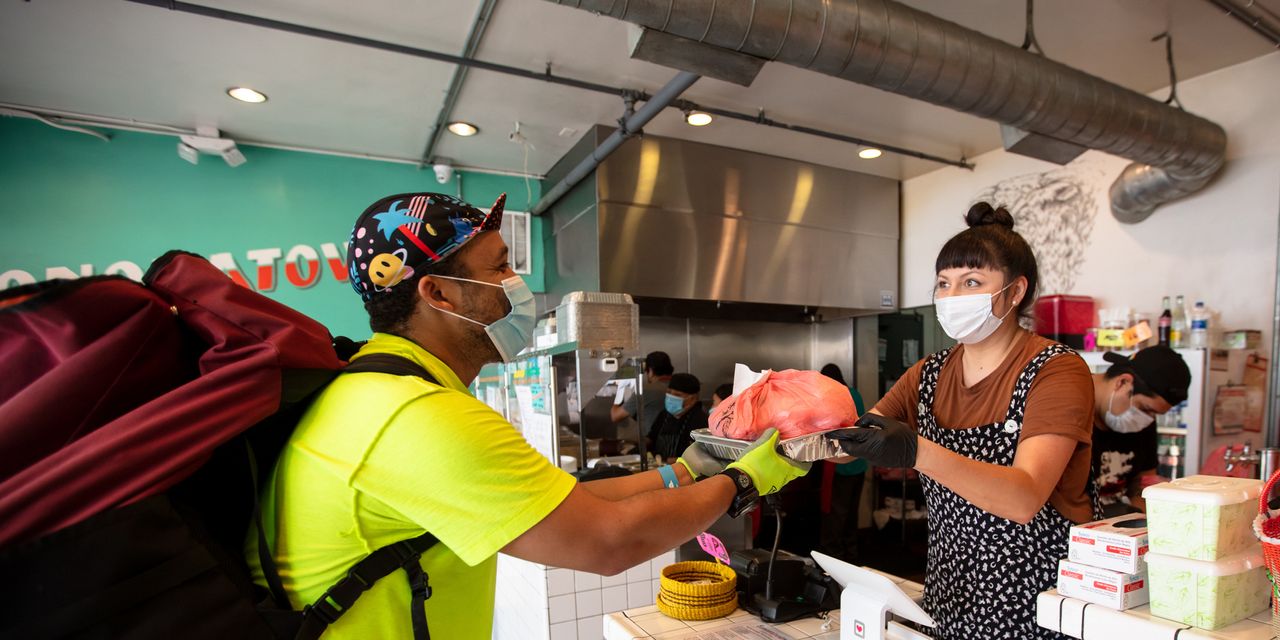 People who are staring at a federal income tax bill are getting a bit of a breather, now that the Internal Revenue Service has set May 17 as the new deadline to pay 2020 taxes and file a return during this tumultuous tax season.

April 15 is still the deadline to send in estimated tax payments, the IRS confirmed Wednesday. That means these folks have a May 17 deadline to settle up their 2020 federal taxes, but they also have an April 15 deadline to pay one-fourth of their projected 2021 federal tax bill.

“Talk about confusing, for not only the tax professional community, but also for individual taxpayers,” Barbara Weltman, founder of Big Ideas for Small Business and the author of “J.K. Lasser’s Guide to Self-Employment.”

The decision keeping the current estimated payment intact could affect millions of people, according to one estimate. More than 9.5 million individual returns in the 2018 tax year included estimated tax payments, according to the American Institute of Certified Public Accountants.

Last year, the IRS pushed the income tax filing deadline to July 15 due to the pandemic’s havoc. At the time, the agency also said the estimated payments due in April and June of that year were pushed to July 15, 2020.

That’s not happening this year and Barry Melancon, AICPA’s CEO, said, “this selective decision by the IRS unfortunately creates more bureaucracy and confusion and is out of sync with real world stresses that taxpayers, tax practitioners and small businesses are dealing with.”

The organization credited the IRS for the filing extension, but it was hoping for a June 15 deadline instead.

On Thursday, IRS Commissioner Charles Rettig told lawmakers there was a reason why the estimated payment date did not budge.

“There’s a large contingent of wealthy individuals in this country who do not make their estimated payments,” Rettig told members of the House of Representatives’ Oversight Subcommittee within the Ways and Means Committee. Instead, they calculate the potential interest rates they’d face in penalties versus the potential returns from investing the money. “And we’re not going  to give them a break of interest and penalties to do so.”

“ The IRS said most people automatically have their taxes withheld by their employer, who then sends it along to the tax collection agency. ”

“The issue is where do we draw the line,” Rettig said at another point in the hearing, defending the still-intact April 15 deadline for estimated payments. “And that line will quickly extend to wealthy individuals who will game the system. Every time we open a door, they come in with all their advisors and everything else.”

The line, Rettig explained, ended at more relief for income tax filers which included “the most vulnerable individuals.”

A paycheck from an employer already has money taken out for income taxes, Social Security and Medicare. The IRS noted Wednesday most people automatically have their taxes withheld by their employer, who then sends it along to the tax collection agency.

But if a person is making their living as a gig worker, a freelancer, a sole proprietor, a partner in a partnership or a member in a limited liability company, they do not have an employer cutting them a paycheck.

That’s where the estimated taxes come in. America has a “pay-as-you-go” tax system, Weltman explained. “You can’t just wait and pay at the end.”

A person who pays too little along the way can face penalties, Weltman said. But there are ways to avoid this.

The IRS says most people paying estimated taxes will avoid the money penalty’s ding if they owe less than $1,000 after accounting for their withholdings and credits. Another way is if they paid at least 90% of their upcoming tax bill.

There’s also a safeguard against penalties for people who have earned less than $150,000 the year before, Weltman said. They’ll avoid penalties when paying one-fourth of last year’s total tax bill with every installment.

Putting payment deadlines aside, it’s still not easy for people paying estimated taxes because they need to plan for four bills along the way. “One of the biggest challenges for people making estimated payments is having the cash to do it,” Weltman said.

Hi there, MarketWatchers. Don’t miss these top stories: Personal Finance There’s hope for people who missed a valuable tax break on unemployment benefits Though jobless benefits count as taxable income, one part of the sprawling law says the first $10,200 of those benefits are exempt from federal income taxes for households making under $150,000. My […]

The Wall Street Journal: Trump told chief elections investigator in Georgia she’d be ‘praised’ if ‘the right answer comes out’

ATLANTA — Then-President Donald Trump urged the chief investigator of the Georgia secretary of state’s office to look for fraud during an audit of mail-in ballots in a suburban Atlanta county, on a phone call he made to her in late December. During the six-minute call, which was reviewed by the Wall Street Journal, Trump repeatedly said […]

: This robot-run fund with a history of predicting Tesla price moves has just made these stock picks

Do you think you can pick stocks better than a robot? An exchange-traded fund driven by artificial intelligence has correctly predicted Tesla price movements, and recently shared its most recent portfolio additions and subtractions with MarketWatch. The fund is the Qraft AI-Enhanced U.S. Large Cap Momentum ETF, trading as AMOM AMOM, +0.48% on the New […]

: NFL players will now get paid for 36 weeks instead of 17 — will it benefit them financially?

For the 2021 NFL season, professional football players will be paid their salaries over 36 weeks, a longer period than how they’ve been paid in recent years — 17 weeks — according to an ESPN report. Nearly 80% of NFL players go bankrupt or are under financial stress within two years of retirement, according to […]