Much fun, no work: DOGE must ditch meme status to be valued as money 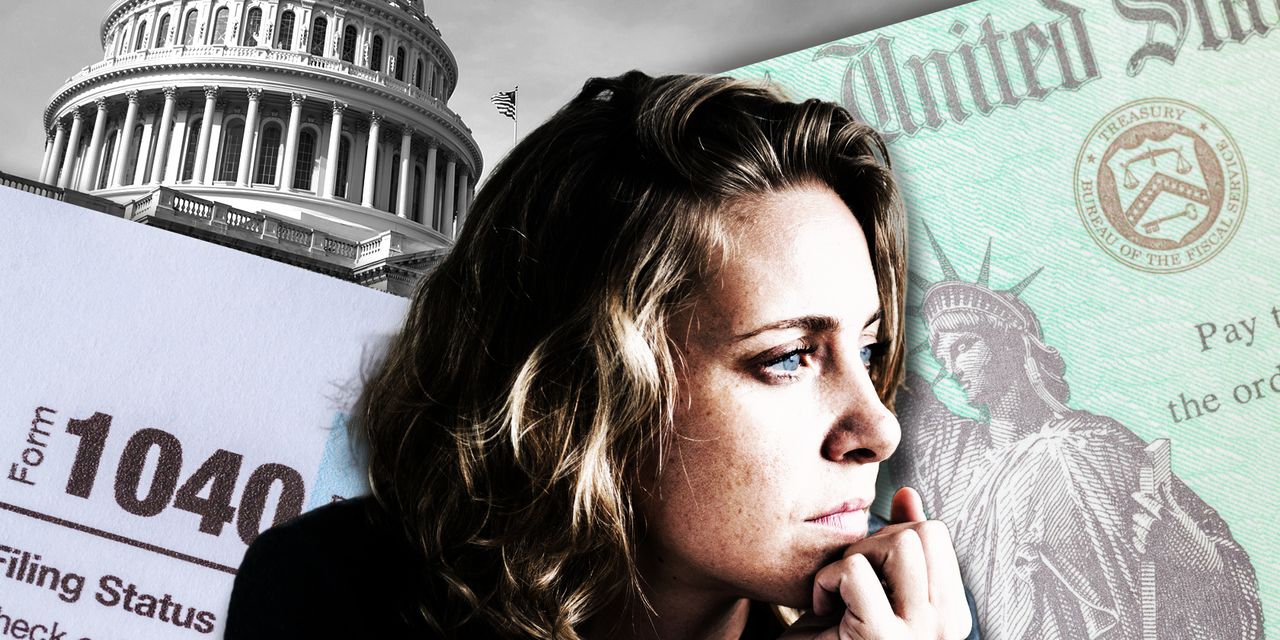 Millions of people who received the first two stimulus checks could watch the third round happen without them — if the House of Representative passes the Senate’s version of a $1.9 trillion rescue package with tighter payout rules.

But the tax code could supply some people on the cut-off with a way back to the third round — if they have the disposable cash to get there, experts told MarketWatch.

Certain tax-advantaged accounts could do double duty by helping people save for retirement and health-care costs while also helping them get a $1,400 economic impact payment, experts say.

“There are only two tax codes in the world: One for the informed, and one for the uniformed,” said Michael Foguth, the president and founder of Foguth Financial Group in Brighton, Mich. “This is the same scenario. “

Senators narrowly passed the relief bill on Saturday. This time around, the $1,400 direct payments will end earlier once a household exceeds the income threshold for full payment. Individuals making less than $75,000 a year and their dependents each would receive checks totaling that full amount. The payments decrease for individuals earning $75,000 and up — and they phase out completely for individuals making $80,000 or more and couples making $160,000 or more. That’s a change from a prior income cap of $100,000.

The Internal Revenue Service will base eligibility for the $1,400 checks on 2020 income-tax returns — or 2019 returns if 2020 returns are not yet available, according to the bill.

The House of Representatives is scheduled to vote on the bill Wednesday. After President Joe Biden signs it, checks could hit accounts by the end of the month, White House Press Secretary Jen Psaki said.

Some 11.7 million adults and 4.6 million children will not receive the third checks in the Senate version, compared to an earlier version of the bill that passed the House of Representatives, according to calculations from the Institute of Economic Policy and Taxation. Payments in the previous House version would have ended at $100,000 for individuals and $200,000 for married couples.

Foguth is checking whether some of his clients can find a way into the third round.

The adviser said he’s fielded calls from six clients, or sometimes their grown children. They are curious how the stricter payout rules apply, and whether there’s anything they can do to potentially get under the wire.

“I think it’s a fear of missing out,” he said, later adding, “we’re running the numbers on somebody right now.”

Pamela Rodriguez is doing the opposite. Around three times last week, the founder of Fulfilled Finances in Sacramento, Calif. analyzed clients’ tax filings prior to their submission. With some strategy and planning, Rodriguez said she could possibly position them for a third check.

Don’t bother, they told her. Other people needed the money more than them, she recalled them telling her.

“ If taxpayers can gain advantage and shoehorn their way into a third stimulus-check payment, should they do it? ”

Rodriguez said she was “a little taken aback” at first, but she understands their perspective. “It’s almost like they feel morally compelled to not do that.”

That brings up a different question surrounding a massive bill meant to pull struggling families, businesses and local governments from the brink: If taxpayers can gain advantage and shoehorn their way into a third stimulus-check payment, should they do it?

“Pay what you should, but don’t pay a penny more,” Foguth said. In this case, if there’s a tax opportunity to qualify for more money, by all means people should at least consider it, he said.

Attempts to lower taxable income are a standard part of the wealth creation game, Rodriguez added. Still, the pandemic just might be giving some affluent taxpayers pause, she said.

Angling for personal gain might rub someone the wrong way, especially if their idea of success is also keeping in mind “the greater good,” Rodriguez said. It comes down to the question of “What does your personal success mean to you?” she said.

However a person answers the question, here’s how tax code quirks and the pending bill combine to create way back for people who are now on the outside looking in.

Yearly contribution limits to a traditional IRA are $6,000 or $7,000 for people age 50 and above. The dollar-for-dollar deductions on those contributions can put someone outside the cutoff in striking distance to get back in.

But rules get complicated quickly, depending on marital status, income and whether anyone already has access to a retirement account like a 401(k) through an employer.

The IRS doesn’t allow deductions for people who have access to retirement plans at work and are making just above $80,000 a year for a single filer or $160,000 a year.

But if you’re single and lack access to a retirement plan at work, the IRS says you can take a full deduction up to your contribution limit.

“That works like a charm, add to the spousal IRA,” Rodriguez said.

There’s a catch beyond the tax rules, Foguth added. “In order to bring income down, they have to have money to be able to dump into these IRAs. …It’s such a small sliver of people who are going to get it.”

When someone has a high deductible health plan — defined by the IRS as a deductible with at least $1,400 for an individual and $2,800 for a family — they can contribute to a health-savings account.

Like an IRA, someone with an HSA has until April 15 to reach the maximum contribution.

Employer contributions to the account are not counted as income, according to the IRS. But a person’s own contributions are deductible, the IRS noted.

So a hypothetical single taxpayer who’s making $83,000 a year could conceivably contribute $3,550 now (if they haven’t already contributed through the year) to reduce their adjusted gross income and get under the cut off, said Charles Sachs, chief investment officer at the Miami-based Kaufman Rossin Wealth.

“It’s a really a good little side bucket to stash the money into,” Sachs said. “The IRS will be first to tell you you’re perfectly in your purview” to work within the rules as they are written, he added. “These are not loopholes. These are not shenanigans.”

There were more than 28 million HSA accounts with nearly $66 billion in assets by the end of 2019, according to the Employment Benefit Research Institute, a think tank studying worker benefits.

Sure, there are methods of reducing income the IRS counts on returns. But another way of getting under the stimulus check wire is controlling which return the IRS sees, tax experts say.

The IRS will look at the 2020 return — the ones currently being filed — and if it doesn’t have access to those, it will just look at the 2019 return instead.

If the 2019 return puts a person squarely in eligibility but the 2020 return could knock them out, that’s a strong reason to stand pat for a moment.

Even before lawmakers struck a deal on the stimulus checks, some financial planners were advising their clients to slow down and wait for the check in hand before filing.

One of Rodriguez’s clients would miss the chance at a third check if filing the 2020 tax return, she said. The client is waiting, she said.

If people miss the $1,400 now, they will have to wait even longer. But they may still get a chance at the check next year.

Like people who completely or partially missed the cash from the first two checks, someone who makes too much this year to qualify might have a chance to claim the $1,400 check next tax season, said Henry Grzes, lead manager for tax practice and ethics with the American Institute of CPAs.

Much fun, no work: DOGE must ditch meme status to be valued as money

Doge reaching $1 is practically impossible unless the currency witnesses some Bitcoin-level buy-ins in the coming future.

The massive cargo ship that has been blocking the Suez Canal for nearly a week has been partially freed, according to reports late Sunday. Maritime services provider Inchcape Shipping tweeted that “The MV Ever Given was successfully re-floated” early Monday, local time. “She is being secured at the moment. More information about next steps will […]

Need to Know: Watch Apple, Tesla and these other tech stocks for signals the bull market will keep charging, says analyst

Concerns about inflation were tempered on Wednesday by data showing just a 0.1% rise in core consumer prices last month, helping stocks rally and bond yields ease. The Dow Jones Industrial Average finished above 32,000 points for the first time on Wednesday with gains continuing into Thursday, and bond yields are falling globally. And there […]

Brett Arends’s ROI: A brainteaser (or two) that could change your retirement portfolio

OK, so here’s a quick brain teaser for all of us who have a 401(k) or other retirement portfolio. As we all know, the U.S. funds in our portfolios have been beating the pants off the international funds, and have been for months, years and more than a decade. In the past five years, for […]