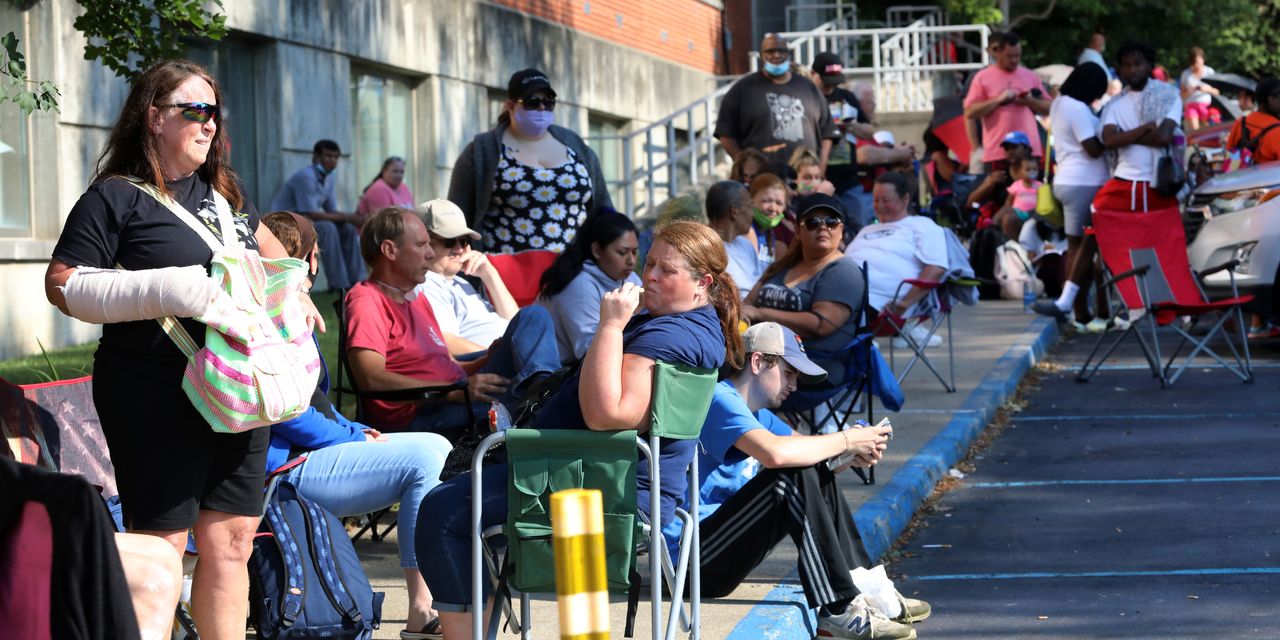 A valuable tax exemption emerging during the heart of tax season is a potential windfall and a new curveball for people trying to get back on their feet after a financially devastating year.

Even though jobless benefits count as income for tax purposes, the newly-signed $1.9 trillion American Rescue Plan will not impose federal income tax on the first $10,200 in unemployment benefits a person received last year.

The exemption applies for households with adjusted gross incomes below $150,000.

Here is the windfall first: The provision could result in individual household tax savings between $1,000 and $2,000, depending on some different estimates.

Here is the curveball: The provision is becoming law after Americans have already filed 55.7 million tax returns with the Internal Revenue Service as of March 5.

It’s safe to say at least some of these returns came from people racing for a badly-needed tax refund after a tough 2020 that sent them to the unemployment line. Now, they have filed their taxes before accessing an exemption meant to help people like them.

Taxpayers who received jobless benefits and have not filed their income taxes should try to wait a little longer, experts told MarketWatch.

Taxpayers who have already filed should also wait, they say. But these people should be prepared to possibly file an amended income tax return that will claim the exemption, the observers added. That’s accomplished with the Form 1040-X.

“Amending your return basically means that you re-file your return, but subtract up to $10,200 of [unemployment insurance] benefits,” according to experts at The Century Foundation. “Depending on your tax rate, that could result in a refund check of more than $1,000.”

Legislative language in the American Rescue Plan’s statute does not contain instructions on what the IRS should do when someone has already filed before the government can assess the income tax exemption.

By waiting, that gives the IRS time to figure out how to handle these types of returns and it allows tax software companies update their systems, said Robert Kerr, a Washington, DC-based enrolled agent and consultant.

“It’s in everyone’s interest to get this sorted quickly,” said Kerr, a former executive vice president of the National Association of Enrolled Agents, a trade organization for tax professionals.

A couple making just under the $150,000 cap could be looking at a potential $2,200 tax savings by Kerr’s calculations.

“For some people, that will be a windfall. For others, it will be a tragedy averted,” he said.

Lawmakers were trying to prevent taxpayers from getting hit with surprise tax bills. Surveys suggest many people are not aware jobless benefits are subject to income tax.

In one survey by the national tax preparation chain Jackson Hewitt, 61% of people getting jobless benefits said they either did not withhold money for income taxes when getting their unemployment benefits or they didn’t set aside money for the pending bill.

President Joe Biden signed the bill on Thursday, a day after the House of Representatives passed the Senate’s version of the bill. Senators passed the bill Saturday in a 50-49 vote.

The lawmakers who initially sponsored the exemption are aware of the potential bind for some fast-filing taxpayers.

Rep. Cindy Axne of Iowa and Sen. Richard Durbin are planning to send a Friday letter to the IRS and Treasury Department, according to an aide in her office.

“The IRS is reviewing implementation plans for the American Rescue Plan Act of 2021 that was recently passed by Congress,” the IRS said in a statement, when asked about the new income tax exemption for jobless benefits.

The agency said more details on various parts of the law will be available on the IRS website at a later date. That includes more information on $1,400 stimulus checks that could be just around the bend.

State policies are going to differ, The Century Foundation said. California, for example, does not tax unemployment benefits while other state income tax policies mirror the federal policy.

Approximately 12 state lack special taxation rules on jobless benefits, which means a taxpayer may have to include the unemployment insurance income on their state return, the researchers said.

Bitcoin price just pulled back 5% from the now rejected retest of the asset’s current-standing all-time high. The leading cryptocurrency by market cap was struggling with resistance as it was, but news breaking that Binance is the focus of a CFTC probe caused the pullback to worsen sharply. Here’s a brief breakdown of what’s going […]

The cost of renting a tiny “beach hut” is now more expensive than the average monthly rate for property in Kensington and Chelsea, one of the U.K.’s most exclusive neighborhoods. The price of purchasing one has jumped because COVID-19 restrictions mean more Brits are holidaying in the U.K., due to uncertainties around traveling abroad, according […]

Europe Markets: European stocks rebound as earnings roll in, with U.S. equity futures on the rise

Stocks were pushing higher in Europe, with U.S. equity futures also pointing to gains later for Wall Street, a day after investors got spooked by comments from Treasury Secretary Janet Yellen. Earnings news drove shares of A.P. Moeller-Maersk and Merck KGaA higher. The Stoxx Europe 600 index SXXP, +1.37% climbed 1.2% to 438.96, after a […]

Investors have kept their cash piles high even after markets and the economy strengthened in recent months, as many search — or wait — for the right buying opportunity in stocks, a UBS Group survey found.  Cash represents 22% of individual investors’ portfolios globally, down just three percentage points since September, according to UBS’s quarterly […]