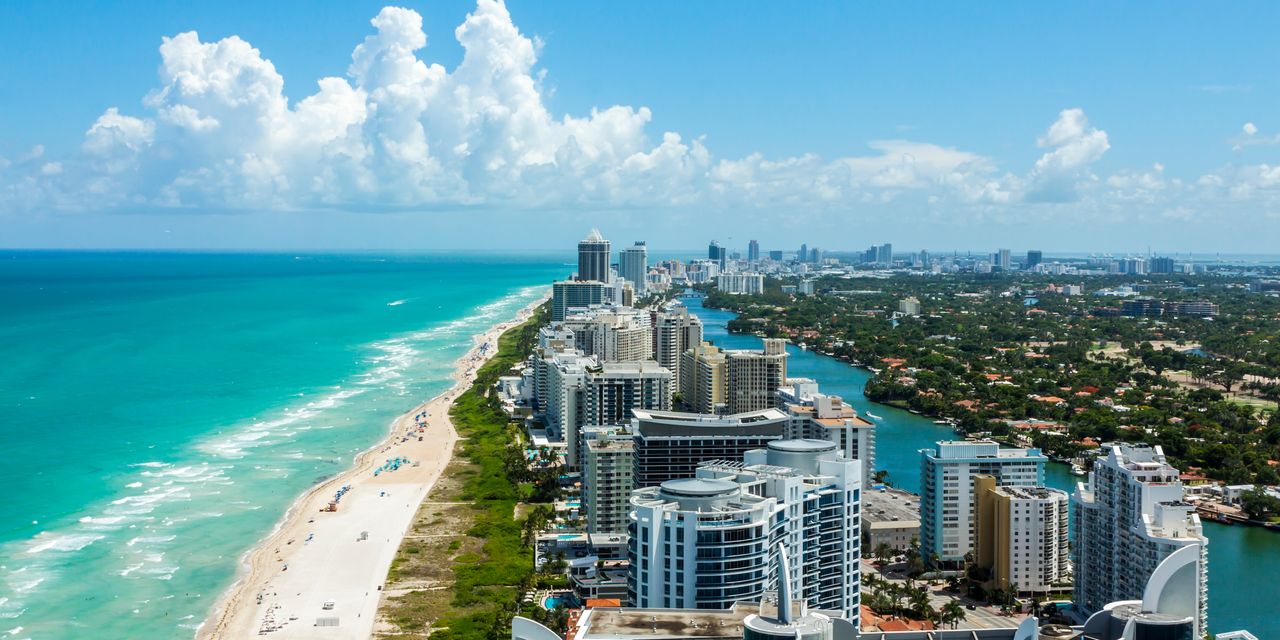 This article is reprinted by permission from The Escape Home, a newsletter for second homeowners and those who want to be. Subscribe here. © 2021. All rights reserved.

Condo hotels, which have had a bumpy history, are starting to make another comeback— just as demand for vacation-homes is red hot.

Condo hotels, as the name indicates, are condominiums owned by individuals that are part of a hotel development, often a luxury hotel brand. When the owners aren’t using the condo, they can put the unit in the hotel inventory, allow it to be rented out as a suite and split the rental proceeds with the hotel management company.

“It is a way to have a vacation home that hopefully will generate enough revenue to offset most, if not all, of your ownership expenses and possibly give you a small return above that,” said Joel Greene, a real estate broker and owner of Condo Hotel Center in Pembroke Pines, Fla.

The most common split is 50-50, although some management companies give individual owners a larger share and some give less.

Even though the coronavirus pandemic has sharply reduced hotel occupancy and cut rental revenue for owners of individual units, Greene said buying activity has been strong in recent months as potential owners are preparing for life to return to normal post crisis.

Buyers “have been sitting on the sidelines waiting for the opportunity to invest in real estate once again, and they feel like the timing is now,” he said. “Last year, I had seven sales for the entire year and this year I’ve had five already in the first two months of the year.”

The condo hotel concept first surfaced in Miami Beach over 60 years ago, but was attractive mainly to investors looking for a tax shelter. When tax laws changed in the late 1980s, investors lost interest. The concept became popular again in the 1990s and took off in the early 2000s, moving beyond Florida. Hotel brands such as Marriott MAR, , Hyatt H, and Hilton HLT, built properties all across the U.S., from Park City, Utah; Maui, Hawaii; Aspen, Colorado and New York City. At that time, many buyers were vacation-home buyers, not just investors.

After the real estate bust in 2008, condo hotel development dried up again in part due to lack of financing. But that started to change a few years ago, leading to a number of new projects.

And the flashpoint again is Florida.

“There is big demand for vacation homes in Florida from ‘digital nomads,’ people who can work from anywhere at any time,” said Daniel Kodsi, chief executive of Royal Palm Cos, which is developing the Legacy Hotel & Residences in downtown Miami. The Legacy is part of the massive Miami Worldcenter development, which is the second largest mixed-use development in the U.S. after New York’s Hudson Yards.

To attract buyers, most condo hotel developers are offering leaseback programs that guarantee owners will receive a set return on their units for the first few years of ownership. Conrad’s Ocean Resort Residences, for example, is offering a leaseback program that provides buyers with a flat fee of 8% of the purchase price on units priced under $800,000 and 5% on units priced above $800,000. Condo prices range from about $500,000 for a studio to over $2 million for a penthouse.

The leaseback program “is designed to give the unit owner a worry-free flat-rate payment for the year, as an alternative to the ever-changing typical hotel program which is based on rates and occupancy,” said Krista Richman, sales director at the Ocean Resort Residences.

The benefits of owning a condo hotel unit are plentiful, starting with the idea of getting a hassle-free vacation property that is professionally managed and can provide rental income.

But there are disadvantages as well. Buyers pay a lot of fees over which they have no control. There are homeowner association fees, maintenance fees and property management fees.

Here’s the biggest rub: Owners who expect to receive a steady rental income could be disappointed. The hotel business is cyclical, meaning it does well when the economy is strong and contracts when the economy weakens. It also is adversely affected by political instability, extreme weather and safety threats such as the Sept. 11, 2001 terrorist attacks — and of course the current pandemic.

If you’re pessimistic about the future and tend to worry about pesky things like viruses, hurricanes and terrorism, the condo hotel may not be a good fit. But if you’re a throw-caution-to-the-wind type of person, go for it.

This article is reprinted by permission from The Escape Home, a newsletter for second homeowners and those who want to be. Subscribe here. © 2021. All rights reserved.

In multiple ways, DaBaby is a 1. His two latest albums, Kirk and Blame It On Baby, both peaked at No. 1 on the Billboard 200 chart. His Roddy Ricch-featuring single “Rockstar” also topped the Billboard Hot 100 chart. He’s also a 1 in the eyes of a random grandmother who went viral after rating […]

FA Center: Here’s more evidence that the next decade for stocks won’t be as good as the last

Though the U.S. stock market may win its current battle with the bond market, it could lose the war. Based on a simple regression model built on the historical relationship between stocks, bonds, interest rates, and inflation, investors can expect stocks to perform about 3.3 percentage points better than bonds annually over the coming decade. […]

Just what the doctor didn’t order …  Musician Ted Nugent was going viral on Twitter TWTR, -0.46% on Monday over a recent Facebook Live video where the Motor City Madman shared some of his concerns — and, clearly, confusion — about COVID-19. While complaining about the yearlong pandemic canceling his tour for a second time, […]

Personal Finance Daily: 7 things NOT to buy with your $1,400 stimulus check and existing-home sales fall as inventory remains a challenge for buyers

Don’t miss these top stories: Personal Finance Get a COVID vaccine, and get a free Krispy Kreme doughnut every single day this year The sweet vaccination push sparked some backlash, as critics claim it promotes obesity A quarter of Americans have recently witnessed someone blame Asian people for COVID-19 The new survey was conducted after […]