The next big Bitcoin price move: Optimism is high, but is it justified? 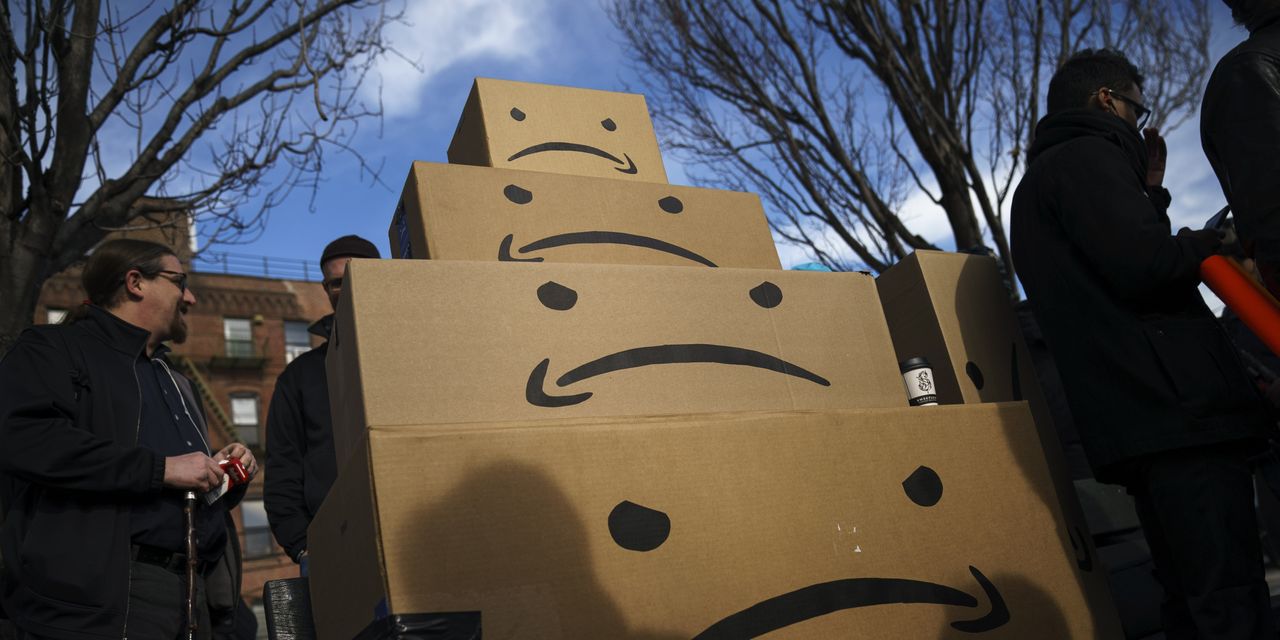 Amazon is known for next-day shipping, so it should come as no surprise that its Twitter accounts deliver quick replies, as well.

The retail giant’s Amazon News handle, which is its official account for company news, was trending recently after getting into a back-and-forth with Vermont Sen. Bernie Sanders and Wisconsin Democrat Mark Pocan over the treatment of its workers that has turned into a real pissing match.

Rep. Pocan said Amazon wasn’t a progressive workplace because it made some of its workers urinate in water bottles. In response, Amazon News said, “You don’t really believe the peeing in bottles thing, do you?”

Amazon has since apologized for that reply, saying “We owe an apology to Representative Pocan. It added that “the tweet was incorrect. It did not contemplate our large driver population and instead wrongly focused only on our fulfillment centers.” You can read the entire apology here.

Below is a play-by-play of what led to the initial response by Amazon. It’s from our March 25 story.

Here’s how it started:

Sanders was set to visit one of Amazon AMZN, ’s distribution centers in Bessemer, Ala., where workers are voting to form a union. Sanders tweeted a video stating that he is “proud to stand in solidarity with Amazon workers.” And the clip, which runs just over two minutes long, featured the progressive presidential candidate noting that, “You’re dealing with an enormously profitable corporation owned by the wealthiest guy in America, Jeff Bezos. They can afford to pay their workers living wages and provide decent benefits.”

So Amazon’s chief executive of worldwide consumer business, Dave Clark, responded by calling on Sanders to put his money where his mouth is. “I often say we are the Bernie Sanders of employers, but that’s not quite right because we actually deliver a progressive workplace,” he tweeted. “If you want to hear about $15 an hour and health care, Sen. Sanders will be speaking downtown. But if you would like to make at least $15 an hour and have good health care, Amazon is hiring.” Amazon News retweeted this thread:

So in response to that, congressman Pocan, who represents the Badger State in the House, countered that, “Paying workers $15/hr doesn’t make you a ‘progressive workplace’ when you union-bust & make workers urinate in water bottles.”

From the archives: Amazon warehouse workers, fearful of wasting time, relieved themselves in bottles: undercover investigator

Rather than posting a standard PR-friendly company line, Amazon News clapped back by feistily tweeting at Pocan, “You don’t really believe the peeing in bottles thing, do you? If that were true, nobody would work for us.”

“I truly can’t believe they said that publicly,” mused one reader whose comment drew more than 4,000 likes.

And the Amazon News account continued to counter Pocan and Sanders’s criticisms against the company in a couple of tweets, as well as retweeting that Amazon was recently named one of the world’s most admired companies by Fortune.

Almost 6,000 workers at Amazon’s warehouse in Bessemer, Ala. started voting on whether to unionize in February, and ballots must be submitted to the National Labor Relations Board by March 29.

This is the first major union drive at an Amazon facility since 2014, and has drawn the support of President Joe Biden, who called it “a vitally important choice — one that should be made without intimidation or threats by employers.” Congressional Democrats including Reps. Terri Sewell of Alabama, Nikema Williams of Georgia, Cori Bush of Missouri, Andy Levin of Michigan and Jamal Bowman of New York also back the vote.

And Republican Sen. Mark Rubio from Florida also supported the move last week, writing an op-ed published by USA Today that said “Amazon has waged a war against working-class values.” Amazon responded in a statement that read in part: “When Sen. Rubio says Amazon is ‘waging war on working class values,’ does he mean our $15 starting wage, comprehensive benefits, or the paid parental leave we provide for hourly workers?”

On Monday, the digital currency asset manager Grayscale Investments announced intentions to file for a bitcoin exchange-traded fund (ETF) when permissible. The subsidiary of Digital Currency Group (DCG) says in regard to its crypto trust products that it always been the company’s intention “to convert these products into an ETF.” Transforming Grayscale’s $34 Billion Bitcoin […]

European stocks climbed on Wednesday, with markets rebounding from the worst session in months helped by a fresh batch of strong earnings, though concerns over growing global coronavirus cases hovered in the background. U.S. stock futures were mixed, with techs set to face pressure after weak earnings from Netflix. The Stoxx Europe 600 SXXP, +0.58% […]

A previous version of this report gave the wrong date for the Bank of England policy meeting. The story has been corrected. European stocks struggled on Wednesday, alongside U.S. equity futures as investors awaited the outcome of the Federal Open Market Committee meeting. Chip stocks were under pressure after a Samsung Electronics executive warned of […]