: Biden says his $2.3 trillion infrastructure plan will create 19 million jobs — here’s what you need to get one 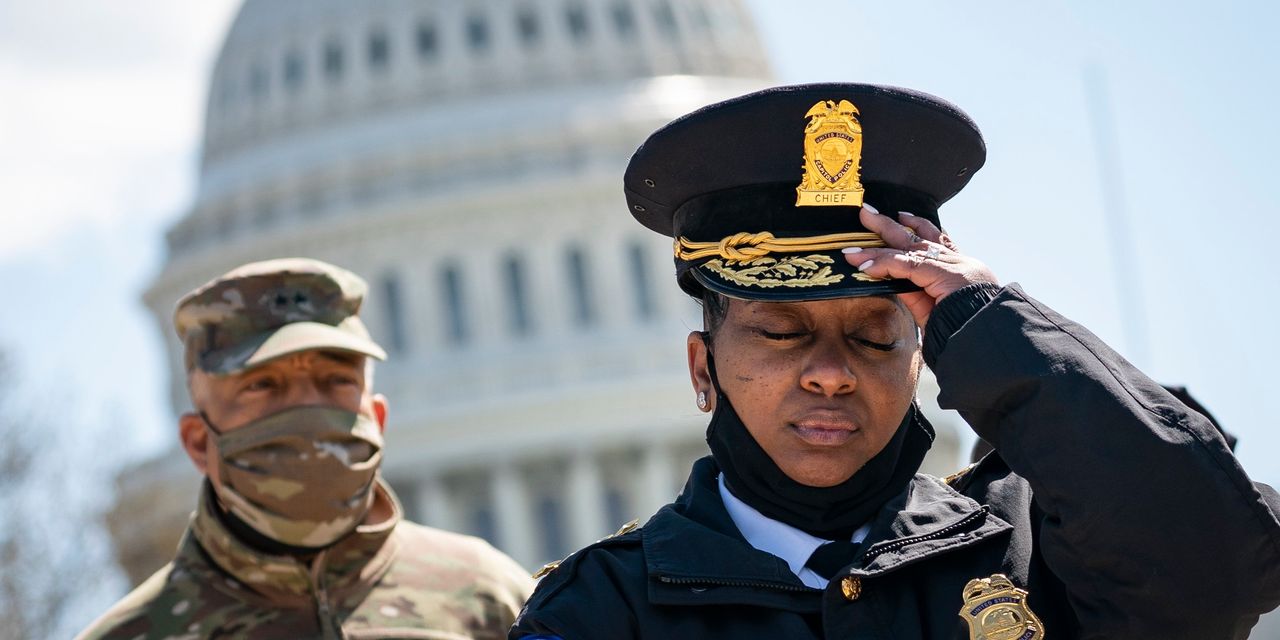 While most members of Congress were away from the Hill on Friday, news of a second violent incident at the Capitol complex in less than three months weighed on Washington officials, including President Joe Biden.

A Capitol Police officer was killed after a man rammed a car into two officers at a barricade outside of the Capitol, and then emerged wielding a knife. The acting Capitol Police chief confirmed that the driver stabbed one of the officers, and authorities subsequently shot the suspect, who died at an area hospital.

Biden said in a statement that he had ordered that the White House flags be lowered to half-staff. “Jill and I were heartbroken to learn of the violent attack at a security checkpoint on the U.S. Capitol grounds, which killed Officer William Evans of the U.S. Capitol Police, and left a fellow officer fighting for his life. We send our heartfelt condolences to Officer Evans’ family, and everyone grieving his loss,” the president said.

“I have been receiving ongoing briefings from my Homeland Security Advisor, and will be getting further updates as the investigation proceeds,” he added.

House Speaker Nancy Pelosi, the California Democrat, ordered the Capitol flags to be flown at half-staff on Friday, her chief of staff, Drew Hamill, tweeted, although the process was delayed due to the complex remaining on lockdown for some time after the incident.

Pelosi said in a statement that the country’s “heart has been broken by the tragic and heroic death of one of our Capitol Police heroes: Officer William Evans. He is a martyr for our democracy.”

Biden had traveled to Camp David earlier in the day. White House press secretary Jen Psaki was made aware of the situation at the Capitol as it was unfolding during a press briefing. She noted that the president was accompanied by national-security aides who would keep him updated on developments.

Senate Minority Leader Mitch McConnell, the Kentucky Republican, tweeted that he was praying for the Capitol Police officers who were attacked, and that he was “grateful to all the USCP and first responders who are on the scene.”

Upon news of the officer’s death, Senate Majority Leader Chuck Schumer, the New York Democrat, tweeted that he was “heartbroken.”

“I’m praying for the officer injured and his family,” he wrote. “We’re in their debt.”

And here’s how several other members of Congress responded as the story developed on Friday afternoon.

Japan’s Financial Services Agency (FSA) has revealed that the regulating body will adopt the Financial Action Task Force (FATF) “travel rule” and standards toward the cryptocurrency industry throughout the nation. Meanwhile, FATF’s rule has been considered far-reaching and the organization Global Digital Finance and the company’s advisory member, Malcolm Wright, hopes industry innovators will help […]

Dispatches from a Pandemic: ‘If a student chooses to come to an institution, they agree to abide by the rules’: Can colleges force students to get COVID-19 vaccines?

Questions surrounding the COVID 19-era college experience have plagued students, parents and university leaders for a year now.  With hope building that the U.S. could soon be returning to some semblance of pre-pandemic life, universities are grappling with a new dilemma: Whether to require students to get vaccinated.  Rutgers University in New Jersey was among […]

Apple Inc. kicks off a new snapshot series for the most-searched-for companies on MarketWatch. The quarterly review will show comparisons of key metrics to watch and companies’ most important issues to help investors makes decisions about whether to own shares. The updates will include comparisons of results to competitors. Keep in mind that no two […]

Whether it’s $600, $1,200 or $1,400, Americans have been consistent in terms of how they’ve spent all three stimulus checks. But what’s changed is their allocation of saving versus spending, according to findings published Wednesday by the New York Federal Reserve. In the first round of economic impact payments, households set aside 29% of their checks […]