Lil Baby Seeks A Basketball Rematch Against Jack Harlow And Quavo: ‘Give Me Three Months’ 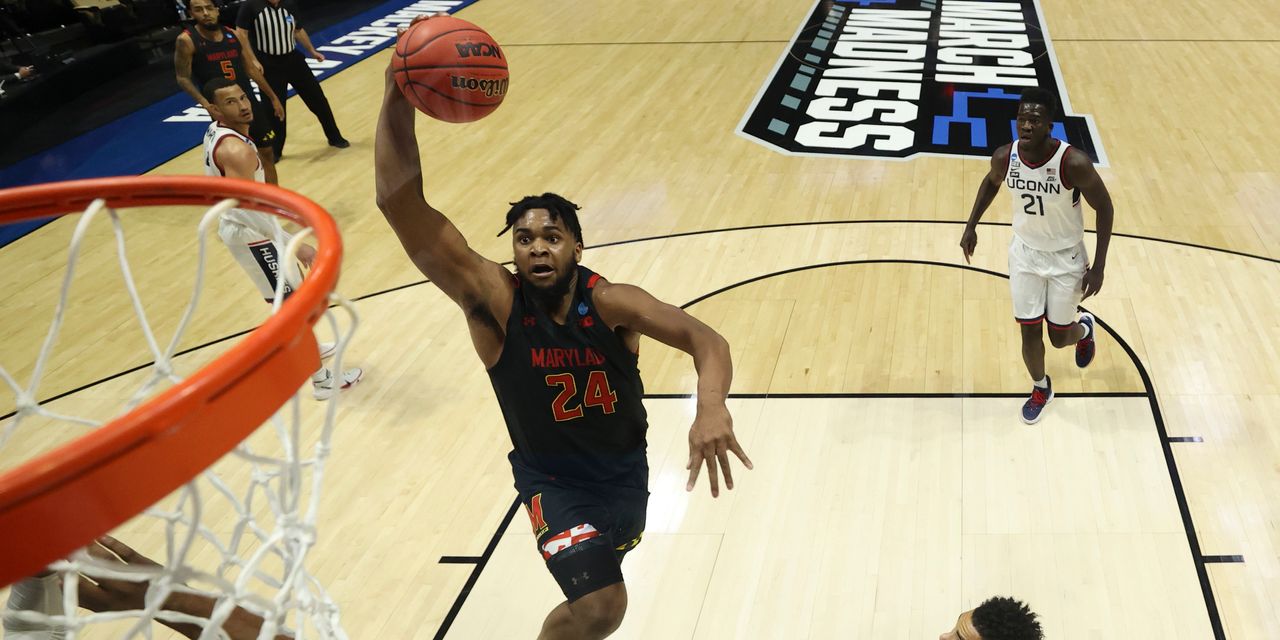 If March Madness feels just a bit crazier this year, you’re not alone.

Thanks to a plethora of first-round upsets, there are zero perfect brackets remaining in the NCAA Men’s Basketball Tournament, according to NCAA.com, which counted about 20 million individual online brackets played on the NCAA site, ESPN, CBS Sports, Sports Illustrated and Yahoo. (Bracket bets placed at gaming venues or other places offline were not counted.)

But you can’t blame Loyola Chicago, which knocked off No. 1-seed Illinois early Sunday. The clincher came Saturday night, 28 games into the tournament, when 10th-seeded Maryland defeated No. 7-seed UConn, shattering the three remaining perfect brackets.

There were just 121 perfect brackets after Friday’s first round of the tournament, which saw No. 2-seed Ohio State fall to No. 15 Oral Roberts, No. 13 North Texas upset No. 4 Purdue, and 12th-seed Oregon State beat No. 5 Tennessee.

The pandemic forced the tournament to be canceled last year, but in 2019, an Ohio man predicted a record 49 straight matchups (to be fair, the NCAA has only been tracking brackets since 2016). As a point of reference, NCAA.com noted that if every game were a coin toss, the odds of predicting 49 in a row are 1 in 562,949,953,421,312. The odds for a perfect bracket through all 63 tournament games are even more mind-boggling: 1 in 9.2 quintillion.

This doesn’t mean everyone’s bracket is totally busted, though. NCAA.com said 38.8% of brackets predicted No. 1-seed Gonzaga to win it all. Those hopes are still alive, after the Bulldogs cruised through their opening-round game Friday, beating No. 16 Norfolk State, 98-55.

The founder and chief investment officer of Bridgewater Associates, the world’s largest hedge fund firm, has warned that the government could “impose prohibitions against capital movements” into assets such as bitcoin. He added that regulators may also impose changes in taxes that “could be more shocking than expected.” Ray Dalio Warns About Government Prohibitions and […]

FedEx Corp. late Thursday reported fiscal third-quarter profit and sales that blew Wall Street expectations out of the water, saying that it expects demand for its logistics and delivery business “to remain very high for the foreseeable future.” FedEx FDX, -0.88% said it earned $892 million, or $3.30 a share, in the quarter, compared with […]

TaxWatch: Attention: Here’s one important tax deadline that has NOT been delayed

People who are staring at a federal income tax bill are getting a bit of a breather, now that the Internal Revenue Service has set May 17 as the new deadline to pay 2020 taxes and file a return during this tumultuous tax season. But gig workers, freelancers and self-employed small business owners can’t relax […]

: GameStop board on the hunt for a new CEO: report

GameStop Corp. is looking for a new chief executive, just two years after hiring its current leader, Reuters reported Monday. Citing three people familiar with the matter, Reuters reported GameStop’s GME, -10.91% board of directors is working with an executive headhunter to bring in a new CEO as the company pivots its focus from brick-and-mortar […]

Cryptos: Bitcoin bears are stalking crypto prices — here’s how low they could go