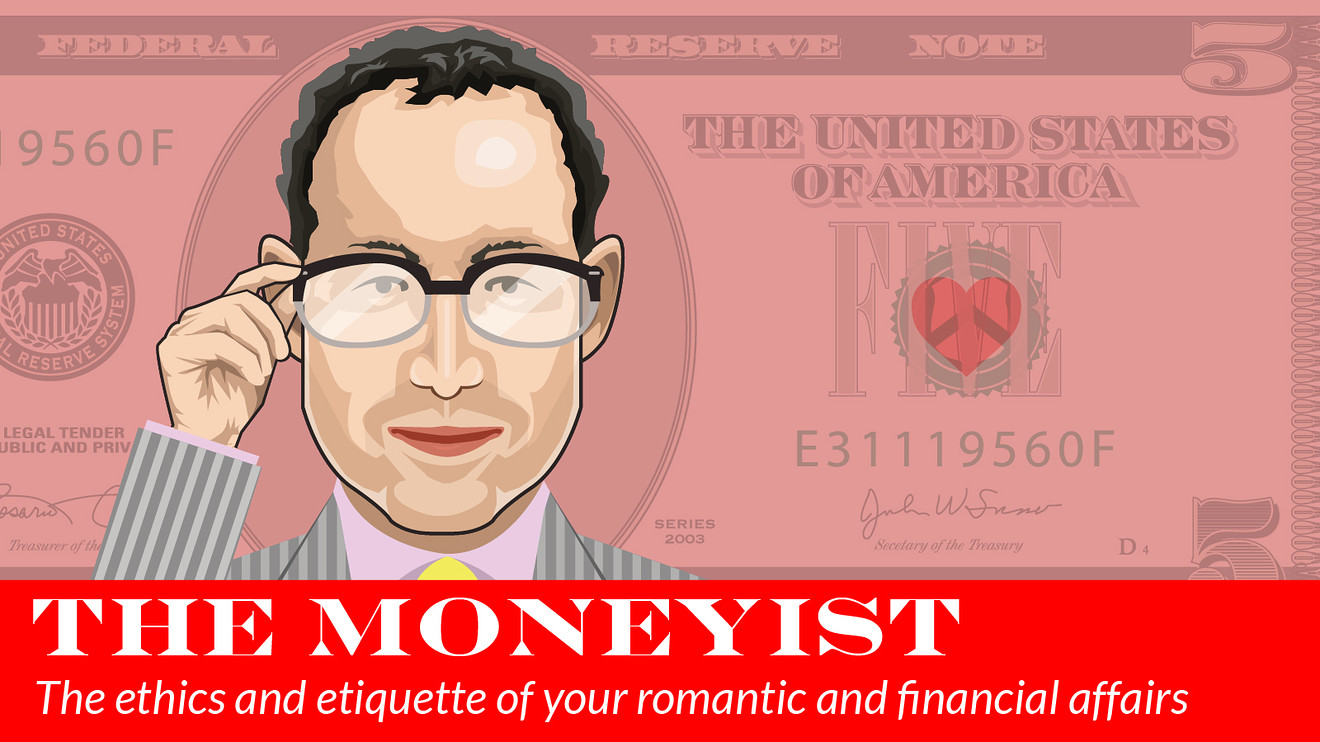 How much of the child stimulus money should I give my ex-husband, the father of my one child? Our tax agreement is to trade years, but he isn’t eligible because of additional stipulations in our papers, so I have claimed her on my taxes for the last two years.

The logical answer is to reach an agreement with him. I know that. He frequently texts me messages saying he hates me, and if I disagree with him on something he calls me a “monster” or worse.

Asking him isn’t a great option.

He is supposed to pay $5 a month in child support, plus $25 to help with dance class. That is it. He provides no help with child care, insurance, or medical expenses. I have also paid his car insurance, and I paid 100% of our joint personal debt. He has never made a payment, and the divorce was finalized two years ago.

Due to a joint business he fought for in the divorce and then quit paying the loan on, my savings (and what I had put away for our daughter) was taken. He is court ordered to pay me back the $79,000. He has paid $500 in two years.

“ ‘I have tried to be kind and understanding of his financial situation.’ ”

I haven’t fought him on it because his job is an issue. He works sometimes. He doesn’t work sometimes. He chooses to not find a job sometimes. He is capable. He was out of work for about 8 months, so I split the first two stimulus checks for our daughter with him.

I have tried to be kind and understanding of his financial situation.

He has a new job now: $350 a day, 18 to 22 days a month for January and February. He bought a new car even though his car is only six years old, running fine, and paid off (by me). I asked him to pay what he should for our girl. He said, “Sue me.” I was ready to do that, but March’s schedule for him isn’t looking good; he is only scheduled to work for a few days so far, so money is again an issue. There is just no stable income for him.

I have earned my position and a salary that means I don’t need his help. I am bugged by him paying nothing while also going on trips and buying vehicles when he gets extra money, instead of paying anything to me for our child. Maybe I am being petty.

Do I share the money again? Do I put his share into our daughter’s savings that was wiped out for his business debt? Am I a monster if I keep it until he asks for it?

I want to do the right thing, and I am worried my negative feelings towards him are clouding my judgement. Help.

Keep the stimulus check and put half of it into a savings account for your daughter, as per your own suggestion. That’s the easy part. The hard part comes when he calls you up and plays his tiny violin down the phone. Put some money aside for a pair of earplugs.

The bigger issue here is that your ex-husband — with the emphasis on “ex” — is still a drain on your finances. You don’t have automatic wire transfers set up between your bank account and his, but he appears to have a direct line to your decision-making process.

He calls you a monster. He asks you for money. He does not pay his debts. He texts you random messages telling you he hates you. He takes half of the economic stimulus payment meant for his child, even though he looks after her once or twice a week, and you are the full-time guardian.

Let this stimulus be a new beginning. You are not responsible for him. You don’t have to listen to his guff, and you certainly don’t have to take his verbal abuse anymore. The fact that you feel guilty and feel bad for him suggests to me that you have work to do to divorce yourself from him emotionally.

There is no point in having one without the other. Otherwise, you will continue to allow him to influence your financial decisions and happiness. A counselor might help you figure out what you get from still being tied to him emotionally (and financially). If it didn’t fulfill a need, you wouldn’t do it.

Cut the apron springs. It’s OK to be happy. You deserve it. You will also learn what is acceptable and what is not acceptable by observing you. Emotionally independence is as important as financial independence. They two go together like Fred and Ginger. That’s when the magic happens.

“ ‘Earning your own money should bring you freedom.’ ”

Whatever hold he had or has over you must end for you to be truly free. Whatever abuse or guilt trip he levels at you is only real if you believe it’s real. He has no power over you anymore. He is someone who wants other people to pick up the tab, and listen to him blow off steam.

The energy and time you give to him you are taking away from giving to yourself. By babysitting your ex-husband’s financial needs, and being swayed by his verbal abuse and pity parties, you are also depriving someone else of you. There are a lot of good men in this world. They are waiting for you.

Earning your own money and separating your finances should bring you freedom, safety and peace of mind. You don’t have to be kind and understanding to your ex, anymore. That’s not your job. Be kind to you and your child. That’s the only job you need to focus from now on.

Are you experiencing domestic violence or coercive control? Call the National Domestic Violence Hotlineat 1-800-799-SAFE (7233) or visit thehotline.org.FreeFrom works to establish financial security for domestic-violence survivors, and the National Coalition Against Domestic Violence supports efforts to change conditions that lead to domestic violence and coercive control. You can also learn about creating a personalized safety plan here.

You can email The Moneyist with any financial and ethical questions at qfottrell@marketwatch.com

Also see: ‘We’ve seen an alarming spike in domestic violence reports:’ For some women, it’s not safe to leave the house OR stay home

By emailing your questions, you agree to having them published anonymously on MarketWatch. By submitting your story to Dow Jones & Company, the publisher of MarketWatch, you understand and agree that we may use your story, or versions of it, in all media and platforms, including via third parties.

Futures Movers: Oil struggles for direction after Brent crude nudges above $70 a barrel

ETF Wrap: ETF Wrap: Let’s get away from it all

What just happened? Raise your hand if you’ve got a mean case of cabin fever. After the past 13 months, of course you do! You want to see all the (other) things, go all the (different) places, and never take a conference call from the couch again. We may have a new market regime for […]

Aside from being loaded, what do people like Michael Bloomberg, Julia Koch and Leonard Lauder have in common? The former New York City mayor, the president of the David H. Koch Foundation and the man who helped grow Estée Lauder Companies EL, +0.57% into a cosmetics giant are all staring at New York State tax […]