Zort Launches a Token That Powers Its Automated Trading Platform 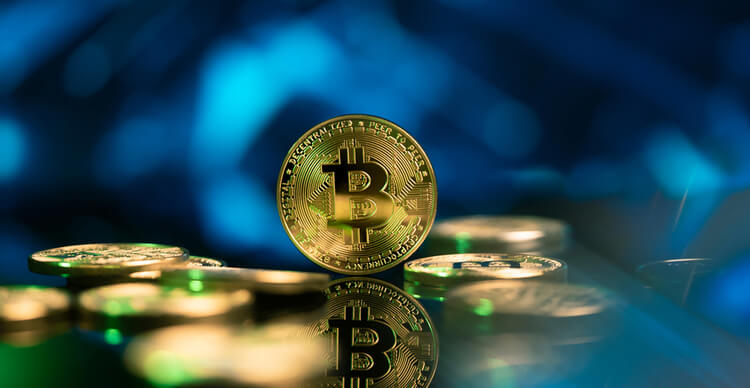 Square CEO Jack Dorsey has revealed that the San Francisco-based digital payments company plans to develop a hardware Bitcoin wallet. He first mentioned the project in a tweet last Friday and then gave further details later at the Bitcoin conference in Miami. The new hardware wallet would be similar to traditional Bitcoin wallets, only that it would be offline rather than web-based.

The proposed idea aims to provide an extra level of protection to users who would rather avoid storing their Bitcoin on a web-enabled device. Dorsey, who also doubles as the co-founder of Twitter, explained that the company would provide assisted custody, whereby users will be able to access a certain percentage of funds over their phones and securely store the rest in the hardware wallet.

Moreover, it would see users gain more control over their Bitcoin and reduce the instances of fraudulent activities causing unintended loss of digital assets.  An outspoken Bitcoin proponent, Dorsey further stated that if Square was to pursue the project, it would not be limited to just the company. The plan is to share ideas and include the wider community.

The bill is expected to update the Environmental Conservation Law to prohibit operations in facilities using carbon-generated electric energy. The state of New York is taking steps towards ensuring environmental conservation en route to achieving its sustainable energy goals.

Bitcoin is now a legal tender in El Salvador

Crypto fans around the world were elated as El Salvador’s congress moved to approve Bitcoin as legal tender in the country late on Tuesday. The plenary session approval saw the Central American country become the first nation to adopt Bitcoin or indeed any cryptocurrency as a legal tender. The bill would be implemented 90 days after passing, and BTC would be usable by El Salvador’s citizens to pay taxes and perform other day-to-day transactions.

El Salvador, whose primary currency of exchange is the US dollar, will now be able to swerve the political constraints associated with the dollar. President Nayib Bukele explained that the move would increase development and enhance financial inclusion.  He added that the acceptance of Bitcoin would ease the sending of remittances which the country’s economy relies upon heavily.

Bukele additionally clarified that the virtual currency would be optional, and the government would guarantee conversion of crypto into dollars in the exact value. The biggest issue at the moment is that there are already concerns about increasing illegal and fraudulent activities involving cryptocurrencies. Considering El Salvador’s already-set reputation about corruption, it is feared that a Bitcoin currency would attract a lot of criminal activity.

Interactive Brokers CEO Thomas Peterffy has revealed that the company is planning to offer crypto trading services  soon. Speaking on Wednesday at the Piper Sandler Global Exchange & FinTech Conference, he divulged that customers are already asking for crypto trading services, and Interactive Brokers should be ready to offer the services by the end of summer.

By embracing crypto trading, Interactive Brokers will distinguish itself from close rivals, Fidelity Investments and Charles Schwab, who are yet to come around the idea. However, it is important to note that the concept of trading in crypto isn’t completely foreign to the company because, despite its un-involvement in Bitcoin trading, it allows users to trade in bitcoin futures.

The CEO observed that the biggest challenge in taking up crypto would be to ensure that the customers are kept 100% safe. He explained that the untraceable nature of crypto coins would create an obstacle to be overcome in order to protect the consumer. The decision comes as a change of heart from the Interactive Brokers chairman, who has previously insisted that Bitcoin and other cryptocurrencies must be kept away from the real economy. The firm is yet to specify exactly which cryptocurrencies will be used when trading opens.

The Basel Committee on Banking Supervision on Thursday recommended that banking institutions need to set up strict rules for cryptocurrencies to avoid risking the entire financial system. The committee, which is composed of regulators from around the world, is proposing that banks take a strict and conservative approach in engaging cryptocurrencies. The proposal would see banks set aside a mandatory financial cover to protect themselves from the potential loss of 100% of assets invested in crypto.

The group of regulators also warned that even though banks do not currently have wide exposure to crypto, its burgeoning nature is poised to create instability and increase the risks banks are exposed to. Even though the suggested rules for crypto are strikingly strict, the committee proposed a different set of regulations for stablecoins.

The regulations would be less restrictive and similar to existing rules. The Swiss-based committee did not include any recommendations for CBDCs, and it stated that considering that the crypto space is ever-changing, further consultations will be held before a conclusion about the rules is reached.

US officials reported during a Monday briefing that they had recovered $2.3 million in crypto paid by Colonial Pipeline as the company was held ransom last month. The Department of Justice said that it managed to retake some of the Bitcoin paid out to Darkside (a Russian hacking group) in the incident.

Speaking during the briefing, Deputy Attorney General Lisa Monaco said that they simply followed the money up to the point of recovery. Further, she promised that the government would use its resources to make such criminal attempts increasingly costly and less beneficial to the attackers. In the same briefing, the FBI assistant special agent in charge, Elvis Chan, explained to reporters that foreign criminals utilise American infrastructure, giving the US a legal leeway to recover assets.

Last month, Colonial Pipeline CEO told The Wall Street Journal that the company chose to comply with the $4.4 million ransom demand as it was not aware of the extent of intrusion and for how long it would cripple operations. However, the company had taken steps to inform the relevant authorities.