Lil Wayne Summarizes His Feelings About The Grammys: ‘F*ck The Grammys’ 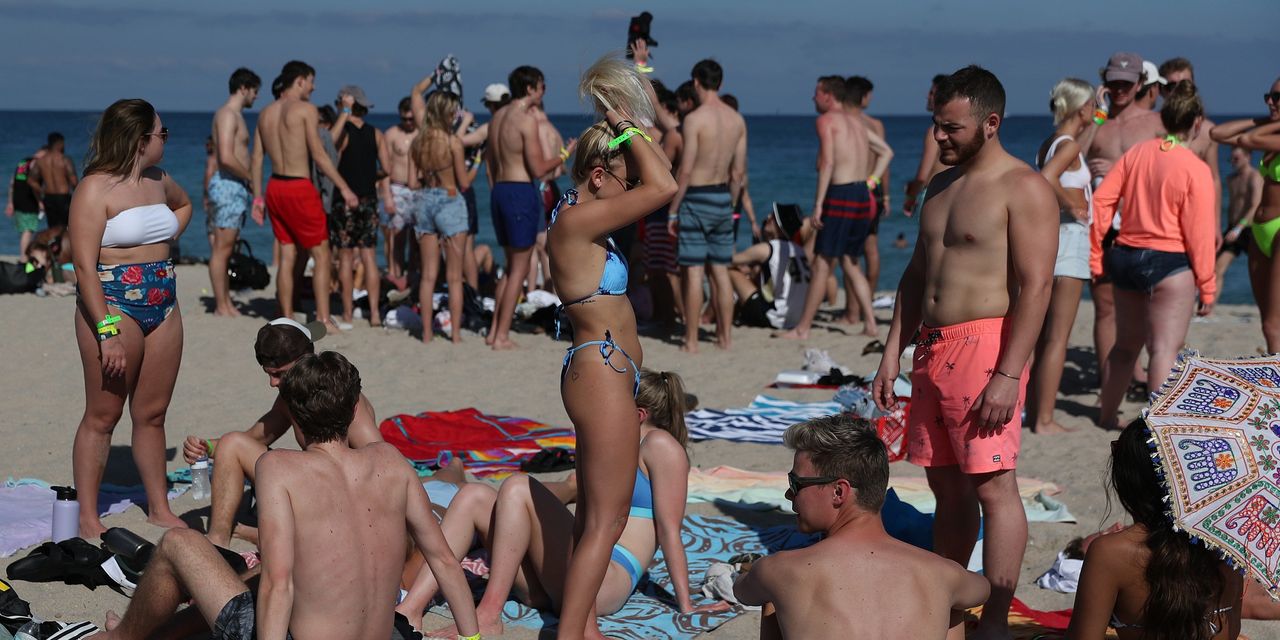 Over 1.28 million people moved through U.S. airports on March 11, according to data released by TSA — the third-largest number of people to pass through airports in the U.S. since March of last year.

As some Americans are set to travel for spring break, some in those destination cities are concerned about the amount of people that could be coming to their city. At the top of the list is Miami, Florida.

Orlando Mayor Buddy Dyer also urged that Florida travelers be cautious in the weeks ahead.

The news that Americans are flocking to Miami comes just days after the Miami Beach Police Department had an incident with a spring-breaker that resulted in injuries for two police officers.

Police officers tried to break up a crowd of more than 200 people that was blocking traffic, smoking cannabis and carrying around open containers, according to a police report released Saturday.

South Beach resident Kevin Green spoke to the Miami Herald about the 200-person gathering on Saturday.

“People were just having fun in that general area,” Green said. “It looked like people were doing Snapchat videos.”

The Associated Press contributed to this report.

Lil Wayne Summarizes His Feelings About The Grammys: ‘F*ck The Grammys’

Perhaps this year more than ever, a good handful of prominent artists have made it clear that they have major issues with the Grammys and the Recording Academy. The most prevalent example is The Weeknd, who may never be involved in the show again if he keeps up his end of the boycott he announced […]

Mutual Funds Weekly: These money and investing tips can help you make a place for crypto in your portfolio

Don’t miss these top money and investing features: These money and investing stories, popular with MarketWatch readers over the past week, can give you a better understanding of bitcoin and other cyrptocurrency, and help you figure out if digital currency has a place in your portfolio alongside stocks, bonds and other traditional assets. Sign up […]

Wall Street’s comeback story in U.S. housing finance has hinged on lending to self-employed borrowers and others who don’t quite fit the mold. It financed millions of homes in recent years using alternative forms of documentation to gauge a borrower’s ability to afford a mortgage, sometimes at double the rates of interest as conventional mortgages. […]

A specter stalks Democrats on Capitol Hill: the possibility of a two-year, effectively 730-day presidency for Joe Biden should Republicans win the House in 2022 and gain the power to block major legislation afterwards. Republicans have only heightened that worry early in the 117th Congress by engaging in a series of delaying actions reminding Democrats […]