A little bit of history repeating? The numbers behind Bitcoin’s bull run 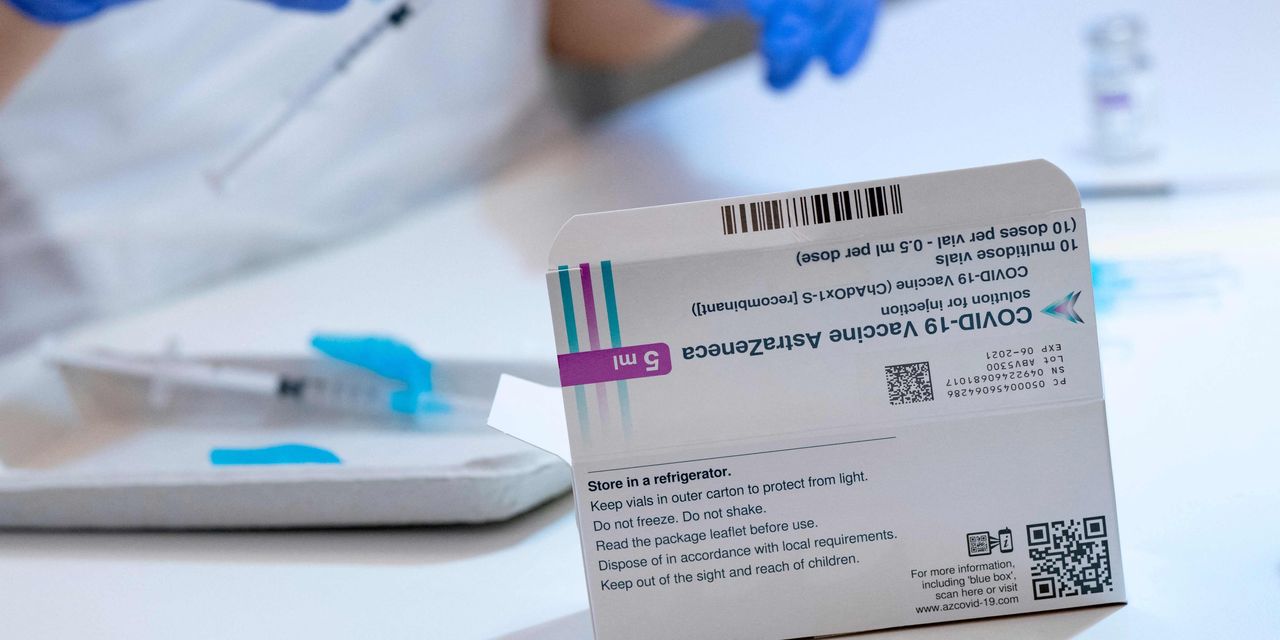 The World Health Organization has urged countries to continue using the AstraZeneca COVID-19 vaccine, as it said the benefits outweighed the risks.

Several European countries — including Germany, France, Italy and most recently Sweden — have temporarily paused use of the shot from drug company AstraZeneca AZN, following reports of blood clots in some people who have received it.

The suspensions have further slowed Europe’s vaccine rollout, which has lagged behind countries including the U.S. and the U.K.

The WHO, which has previously said there is no evidence the vaccine caused clotting issues, is “carefully assessing” the safety data and will publish a full review of its findings.

“Vaccination against COVID-19 will not reduce illness or deaths from other causes. Thromboembolic events are known to occur frequently,” the WHO said in a statement on Wednesday. “At this time, WHO considers that the benefits of the AstraZeneca vaccine outweigh its risks and recommends that vaccinations continue,” it added.

The statement echoes that of Europe’s drugs regulator, which said on Tuesday that there is “no indication” that the AstraZeneca COVID-19 vaccine is the cause of reported blood clots.

“We are still firmly convinced that the benefits of the AstraZeneca vaccine in preventing COVID-19, with its associated risk of hospitalization and death, outweigh the risk of these side effects,” said Emer Cooke, executive director of the European Medicines Agency (EMA).

She added that the number of blood clots reported in vaccinated people is no higher than that seen in the general population. “We know that many thousands of people develop blood clots in the EU so what we want is to establish whether these events are caused by the vaccine or by other causes,” Cooke said.

AstraZeneca has said a review of safety data, covering 17 million people vaccinated in the European Union and the U.K., had shown no evidence of an increased risk of blood clots.

Shares in AstraZeneca AZN, , which are down 3% in the year to date, were 1.8% lower in afternoon London trading on Wednesday.

The EMA is set to release the results of its own investigation into incidents of bleeding, blood clots and low platelet counts in recipients of AstraZeneca’s vaccine on Thursday afternoon.

Both France and Italy signaled late on Tuesday that they were prepared to restart the administration of the AstraZeneca vaccine if the EMA says the COVID-19 shot is safe.

India said on Wednesday that its inoculation drive would continue with “full rigor” despite some concerns in Europe about the safety of the AstraZeneca vaccine, which the country depends heavily on.

U.K. Prime Minister Boris Johnson announced that he will receive the AstraZeneca vaccine, as he looked to shore up public trust in the shot, which has been developed in collaboration with the University of Oxford.

Johnson, who was hospitalized with COVID-19 last year, told Parliament on Wednesday that he had “finally” got the news that he was to be inoculated “very shortly,” adding that it would “certainly” be the AstraZeneca vaccine he would receive.

The EMA’s Cooke said on Tuesday that she was concerned that the decisions by governments to suspend the use of the AstraZeneca vaccine could undermine public trust for vaccines. “Our job is to make sure that the products we authorize are safe and can be trusted by European citizens,” she said.

The news comes as Europe braces for a spike in coronavirus infections.

European Commission President Ursula von der Leyen said on Wednesday that the continent’s epidemiological situation is “getting worse” and is “worrisome,” and that there is the “crest of a third wave forming in member states.”

A little bit of history repeating? The numbers behind Bitcoin’s bull run

What’s different about crypto in 2021 compared to 2017, and where does this current Bitcoin rally sit in terms of BTC’s cycle?

Therese Poletti’s Tech Tales: The Tesla bubble: Bets on electric cars and the rise of SPACs have led to a new version of the dot-com boom

In the 1990s, after seeing young tech stocks surge, investors wildly bet on young companies with little to no revenue on promises that a huge sea change was on the horizon for the global economy. In the 2020s, something similar is happening: Young electric-vehicle and autonomous-vehicle stocks have been surging following the meteoric rise of […]

The Margin: ‘What the hell’s an NFT?’ — ‘SNL’ explains in an amazing rap parody

NFTs have officially gone mainstream. Non-fungible tokens are the hottest thing in the crypto-asset community these days, generating headlines and social-media buzz even though many people still have no idea what they are or how they work. But it might have taken a sketch on this weekend’s “Saturday Night Live” to answer the big question: […]