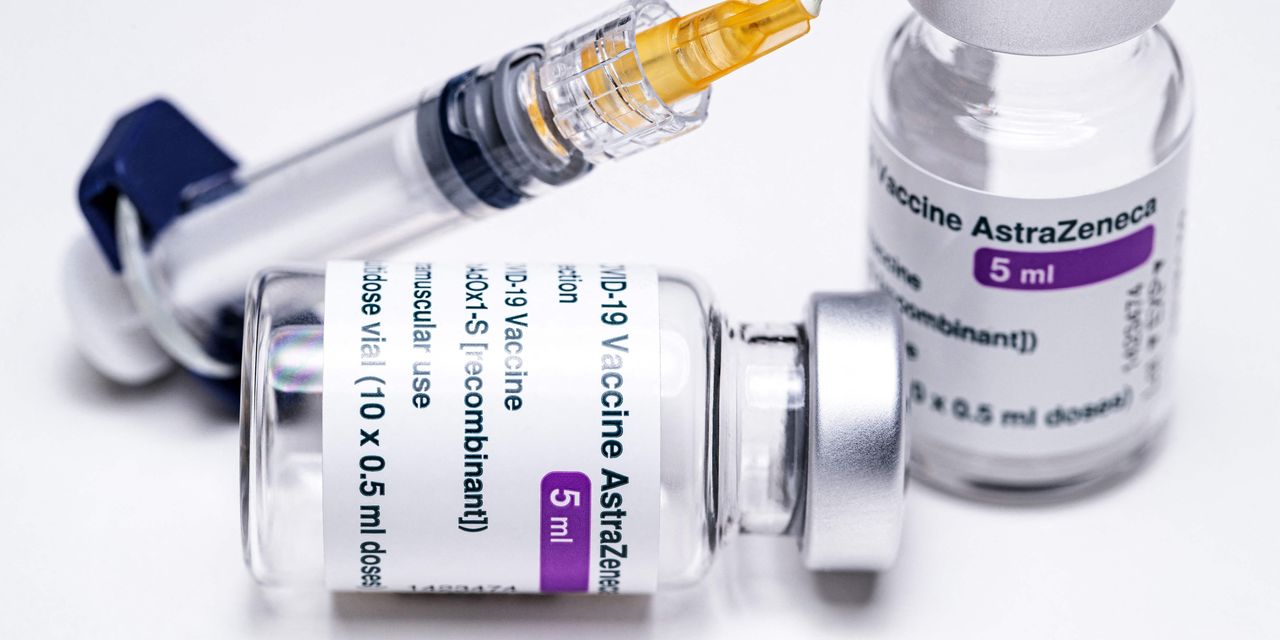 Europe’s drugs regulator is set to announce the findings of its investigation into cases of blood clots in people who have received AstraZeneca’s COVID-19 vaccine, which has led several European countries to pause use of the drug company’s shot.

The European Medicines Agency’s decision will be closely watched, with a number of countries — including France, Italy and Indonesia — prepared to restart their vaccine rollouts if the watchdog gives the shot the all-clear.

Both the EMA and the World Health Organization have backed the vaccine, which was developed with the University of Oxford, saying the benefits outweigh the risks.

Goldman Sachs GS, analysts said they expect the regulator to declare the vaccine safe when it meets later on Thursday, with use of AstraZeneca’s shot largely restarting by the weekend.

But they also set out various scenarios if the watchdog comes to a different conclusion. Even in the worst-case scenario of the AstraZeneca AZN, vaccine being paused indefinitely, it will not derail the strong rebound Goldman expects across Europe.

Goldman analysts noted that in this “very severe and very unlikely” scenario, European countries would pause use of the AstraZeneca AZN, vaccine indefinitely.

However, that would only delay Europe’s vaccine rollout by around a month, with 50% of the European Union population receiving a first dose in the first week of August rather than the baseline of the beginning of July.

They cited a number of reasons, including the AstraZeneca shot only accounting for 25% of expected EU vaccine supply in the second quarter. They also expected supply after the second quarter to be “plentiful.” The speed of vaccinations in the U.S. also suggested that the vaccines made by Germany’s BioNTech BNTX, , together with its partner, U.S. drug company Pfizer PFE, , and the one made by U.S. biotech Moderna MRNA, could be rapidly rolled out by the EU in the coming months.

In this scenario, Goldman expects most EU countries to restart immunization campaigns using the AstraZeneca vaccine by the end of March. The milestone of having 50% of the EU population vaccinated would only be delayed by two weeks, the analysts said. That would lower Goldman’s euro area growth forecast in 2021 to 4.8%, from its baseline of 5.1%.

If this happens, Goldman expects vaccinations with the AstraZeneca shot to resume by the weekend. In this best-case scenario, it expects Germany to vaccinate 50% of its population with a first dose by late June, with Italy and Spain following in early July, and France reaching the target a couple of weeks later.

BNY Mellon, the oldest bank in the United States, continues to aggressively invest in the digital asset industry.

The Moneyist: My father’s divorce decree said he’d leave us his house, but he put it in an irrevocable trust. Is there anything we can do?

Nike NKE, -0.20% and Apple AAPL, +0.83% subsidiary Beats by Dre suspended its endorsement deal with Houston Texans quarterback Deshaun Watson amid sexual misconduct allegations, according to reports from CNBC and ESPN. “We are deeply concerned by the disturbing allegations and have suspended Deshaun Watson. We will continue to closely monitor the situation,” Nike said […]

The Moneyist: ‘I feel un-American. My appliances are 20 years old. I shop in thrift stores’: My wife wants a nicer place to live. What do I do?

Dear Quentin, During my 20s, I was broke. I bought my first house and lived alone, stretched to my limits. I had three maxed-out credit cards and lived paycheck to paycheck. Today, I’m in my 40s, married and in a much better financial situation. My 401(k) has done very well over the last 20 years. […]